Posted on July 2, 2017 by northernteaist 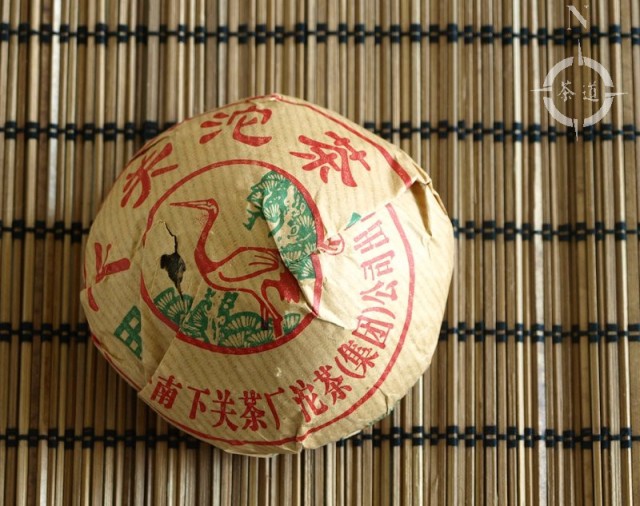 Yet another House of Tea purchase.

As you can see from the wrapper, this tuo was released by the Xia Guan factory under the Song He (White Crane) label. Jia Ji refers to the quality of the material used – this is “A-Grade”, which as I understand it sits third in the rankings behind “Gold Ribbon” (Jin Si), and Te Ji (“Superior Grade”). 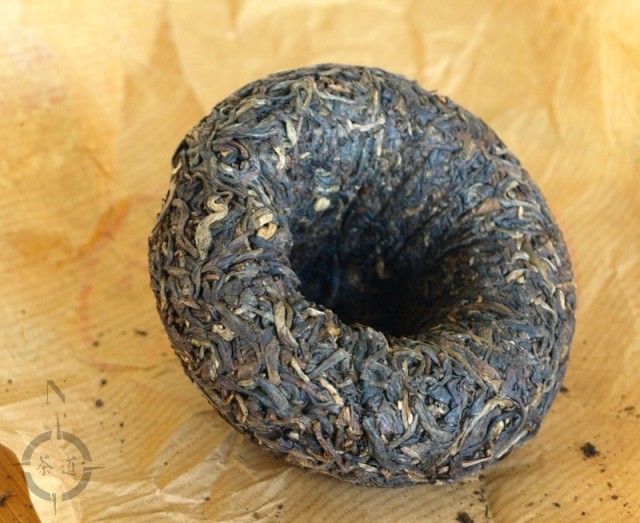 House of Tea gave no information on the storage conditions this tea has been subject to since it was pressed, something which of course will have a tremendous impact on how the tea will taste. In their description they describe it as “now matured“. 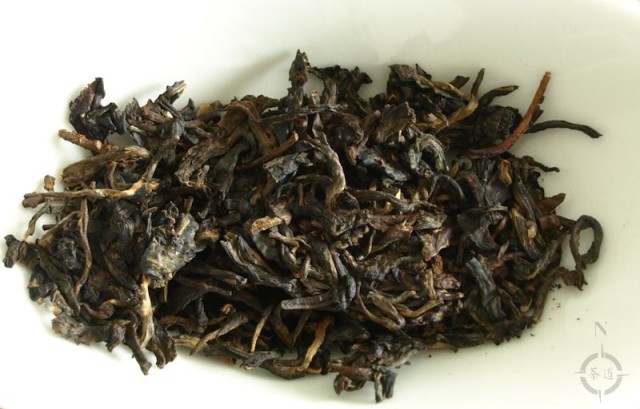 The rinse and early steepings had a smokiness to them, but this was most certainly not camp-fire like at all, being more akin to fine incense. There was a heavy, exotic, floral presence, too, not light and airy like roses, but wet, close, a nasal bombardment by hothouse flowers.

Even the first steeping had a nice, creamy body with a powerful hui gan. I was reminded of the character Jack Bonner’s immortal quote from the film Cocoon – “If this is foreplay I’m a dead man!” I sat there anticipating the imminent arrival of a Qi tsunami.

The second steeping showed a medicinal quality that insta-transported me back to 1972, and the chemist’s on the roundabout in our village.

One infusion later the Qi started to appear – sweats and breathlessness were the rumbling of distant thunder heralding the approach of a monster storm. 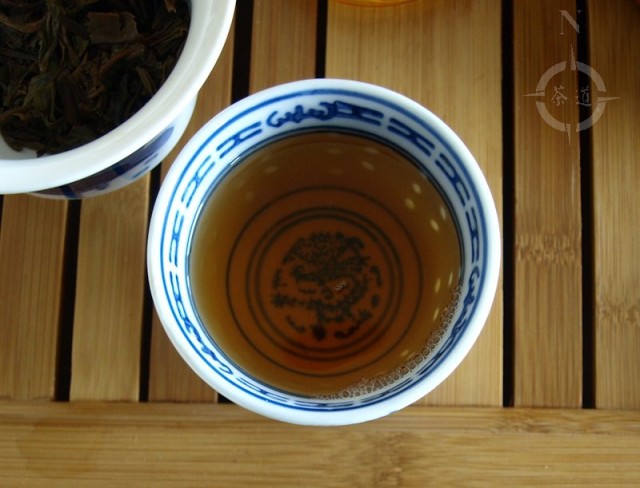 By the fourth infusion the body was pure melted butter. Soon the Qi really started to take hold, and in fact was a lot gentler than anticipated. I found myself surfing a semantic wave, with many memory buttons being pressed, some I was conscious of, others I had long since forgotten about, or could only half remember.

It was only after the 6 minute steeping that a slightly bitter note appeared, but it was never in a dominant position.

After the 12 minute infusion it was obvious that I’d had the best of what the leaves had to offer, so pulled the curtain down on the session at that point. Still, 21 infusions ain’t bad by anyone’s standards… 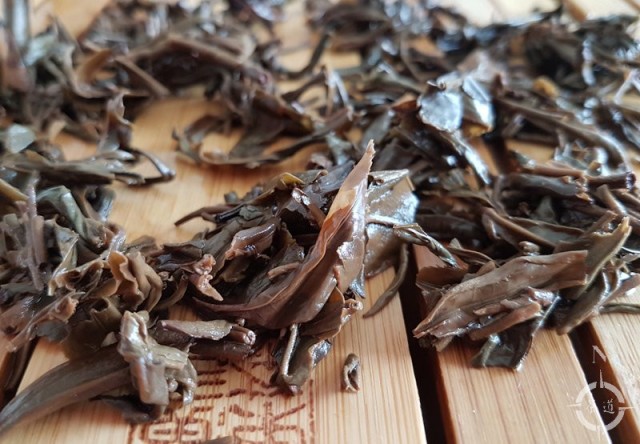 So, after 16 years this tuo has ripened into a nice little nest, and no mistake.

The thing is, my sense of curiosi-tea naturally enough won’t let it lie. I’ve located a source for Hong Kong Traditionally Stored tuos of this tea, and at some point I’m simply going to have to order one, merely for educational and comparative reasons, you understand…