As with the 2008 Yong De Zi Yu Wu Jia Wild Arbor Raw I wrote about in an earlier post, the raw material for this beeng originates in the area around Wu Jia village, which lies in Yong De county of Lincang prefecture, Yunnan Province. 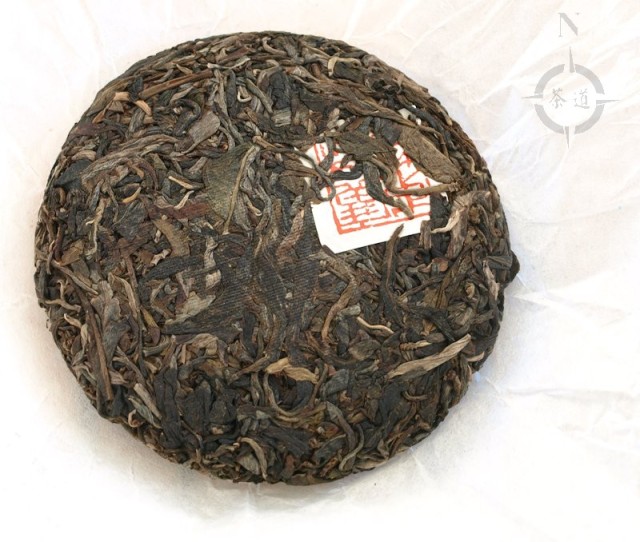 These are leaves from the first Spring flush of 2012, and come from high altitude, wild trees that are native to the area and up to 80 years old. Despite the fact that they are of the Assamica large leaf (Da Ye) varietal, the high altitude and early spring plucking means that the leaves are relatively small. The plucking style was 1 leaf and 1 bud.

This tea made its presence known early on – I could pick up its smoky, pungent aroma quite clearly through the wrapping paper. 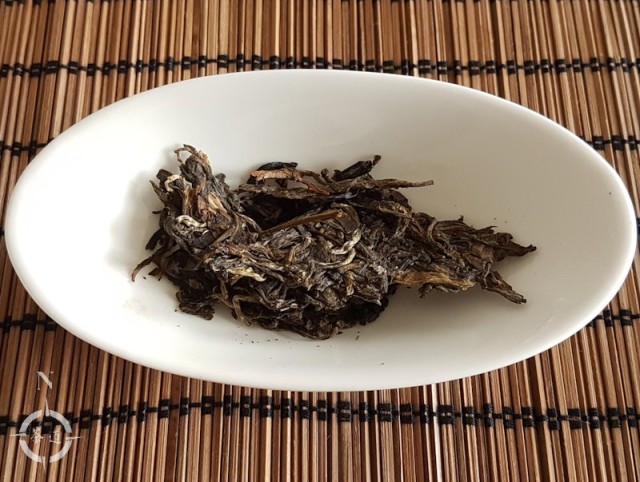 Maybe it was the weather that was amplifying the sensation – it was warm, close, and humid with a huge thunderstorm lurking out to sea – but the rinse smelled of pure jungle. I closed my eyes, stuck my nose in the gaiwan, and inhaled deeply, and was magically transported to the Rainforest biome at the Eden Project.

The early steeps showed a classic young sheng profile, but for some reason I got the impression of light brown leather, rather than black.

On the second infusion things really started to happen. Firstly, the qi hit with quite a wallop, so much so that I was thankful that I had been smart enough to launch this session close to breakfast, and that this potent brew was having to combat a still relatively full stomach. This was an insta-mellow deal – our cat was in full-on annoying destructo-kitty mode, which under normal circumstances is enough to make you want to chase him around with a large, blunt object and bad intent, but once this tea had started working its magic I was cuddling the little blighter instead.

The soup was a genuine tooth-rattler with a lovely creamy, oily mouthfeel. It left a nice, residual warming feeling at all points from mouth to stomach.

Three steeps in the aroma and taste conjured up the impression of old books and even older polished wood and crinkly leather, and I remembered an office at my old job way back in the early 90s, a strange, half-forgotten room tucked away at the back of a Tudor mansion, full of centuries old furniture and ancient tomes housed on bruised oak bookshelves.

Back in the 21st. century the tea began to show its bitter side, all well and good if you are i) a habitual drinker of rude young shengs, and ii) expecting it. Those with a more sensitive tea-disposition might well have bailed at this point. Nine infusions in that astringent punch departed as suddenly as it had arrived, leaving body, taste, and aroma to get on with business as usual.

During the penultimate infusion that earlier feeling of mellowness morphed into an unexpected drowsiness that gambolled into view hand-in-hand with a terrible case of the sheng-munchies, so after coaxing one more round out of the leaves it was time to end the session and prepare a mid-morning snack of cashews and coconut chips.

To sum up, then, this lovely little beeng is well worth a closer look if you are a fan of assertive young shengs.