Posted on June 3, 2017 by northernteaist 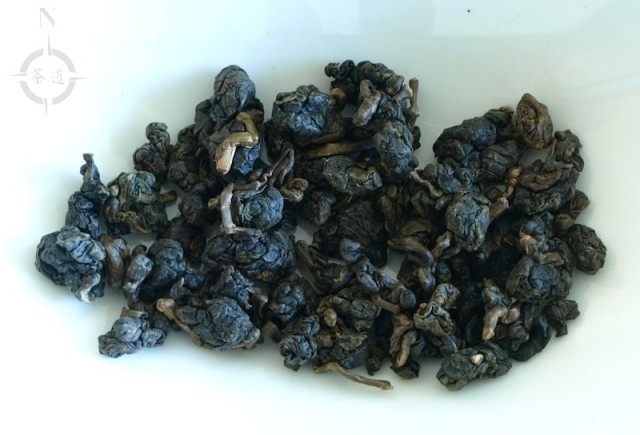 I received this tea in the form of a generously sized 10 gram sample that was included in a recent order I placed with What-cha.

The raw material is of the Qing Xin cultivar, and originates from Mei Shan, Yunling County, Taiwan. The leaves were grown at an altitude of 650-800m, and were harvested by hand in the spring (April) of 2016, with the roast being done in September the same year.

The oxidization level was in the 15-20% range, and the roast is described as medium.

“…a traditional charcoal roasted Oolong which is unfortunately becoming increasingly rare, due to the skill and difficulty in charcoal roasting compared with modern electric roasting. The tea is stuffed into bamboo which is roasted over a charcoal fired pit, a process which takes days and requires the skill of a specialist roaster.”

This results in a tea which, to quote What-cha, has “a distinct charcoal aroma and taste, which is well balanced and gives the tea a smooth sweetness and warm taste”, as well as one that is “…a good candidate for ageing, as it should change over time as it rests from the roast.”

As with most ball Oolongs, this tea took a couple of steeps to really open up, but when it did it showed a good, buttery, oily body and a honey and brown sugar sweetness. The aroma that clung to the inside of the gaiwan lid was a real button presser, strongly reminding me of hot buttered toast.

There was a kind of crisp, dark green vegetal thing there, too, like clean, fresh tobacco, or wilted spinach, as well as a subtle, background note of raisins.

What-cha’s description of the roast as well balanced is spot on, in my opinion. Yes, there was a definite charcoal and smoke feel to the tea, but it was simply another delicious facet of a well integrated whole. Think of it in terms of a barbecue, how that particular kind of charcoal smokiness bolsters and transforms the flavours of the food being cooked, but without altering its fundamental characteristics. 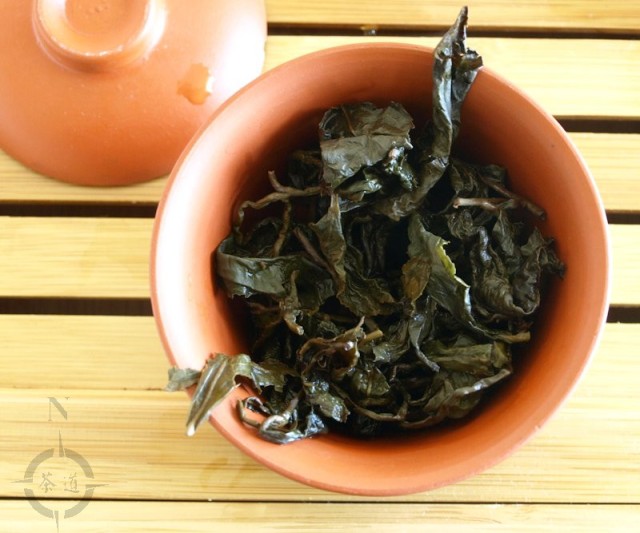 Summing up, then – I keep coming back to the same three words when thinking about this tea – complex, subtle, and balanced.

This is one Oolong that’s definitely going on the “buy again” list. Good stuff.