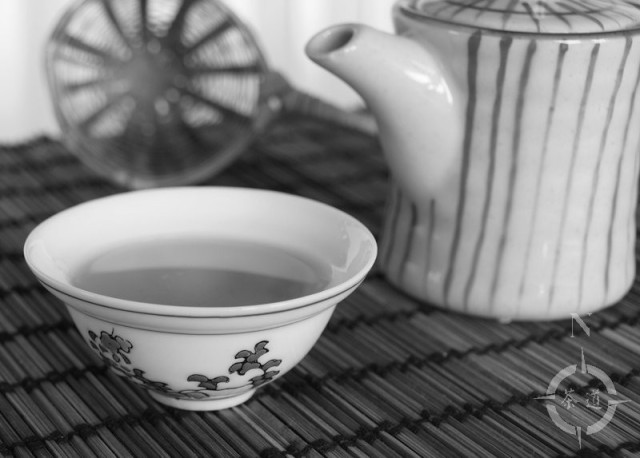 As every tea lover is aware, drinking tea has a physiological effect on the body, which is usually described in terms of a mild, calming sensation.

You might however come across regular tea drinkers talking about a phenomenon that lies towards the far end of this spectrum – tea drunkenness.

Despite the usage of the term “tea drunk“, there is virtually nothing in common with this state and the way you feel when under the influence of alcohol. The general consensus is that you experience what is clearly an altered state of consciousness, but without the feeling of a loss of both physical and mental control you might normally associate with the consumption of alcohol.

Some describe a feeling of euphoria. Others feel giggly and light-headed. Some report an incredibly focused yet calm sensation, a Zen-like state of being at one with the immediate surroundings.

Most seem to agree that the likelihood of becoming tea drunk as well as the depth of the experience increases with the quality of the tea consumed – aged sheng Pu-erh, high quality Oolongs and shade grown Japanese green teas are often given as examples of teas that give a higher chance of making one tea drunk, and ones that will result in a more profound experience should you do so.

A Western perspective would say that the tea drinker is experiencing the combination of the buzz from the caffeine and the calm alertness brought on by the L-theanine in the tea, whereas an Eastern explanation might talk about the higher amount of qi, or life force energy, present in a higher quality tea, and how this would interact with and influence the qi of the tea drinker.

Other determining factors seem to be one’s mood at the time, and the amount of food that you have recently eaten impacting the rate at which the body absorbs caffeine and L-theanine – some people seem more likely to become tea drunk when drinking strong, quality tea on an empty stomach.

Some report that they can only become tea drunk after prolonged tea drinking sessions, several hours or more. Many say that they have never experienced anything like tea drunkenness at all.

Personally speaking I can corroborate those accounts of only higher end teas giving a tea high. I’ve only ever experienced anything out of the ordinary when drinking Moonlight White tea, top-quality Longjing green tea, Silver Needle white tea, Yunnan Gold black tea, or aged sheng Pu-erh.

The first four teas on that list induced a feeling of calm serenity, a dreamy state where I lost all track of time and my mind went wandering all over the place.

The Pu-erh was quite different. That tea gave me a feeling of what I can only describe as animated controlled euphoria. I became utterly focused on the tea making procedure itself, on the ultra-fine detail of the “here and now“. It was a strange sensation to be sure, but not in any way worrying or odd, just pleasantly different.

Another reason, as if one was needed, to invest in some top quality tea, and slap the kettle on…..

This entry was posted in tea thoughts and tagged tea, tea drunk, teaism. Bookmark the permalink.