It was the first really warm, sunny day of the year so far, and that put me in the mood for green or white tea.

I gave myself the time it took for the tea water to come up to temperature to decide which it was going to be.

I soon narrowed it down to a choice between Silver Needles and Westlake Longjing, and just as the water hit the 85°C  sweet spot I opted for the latter.

I then indulged in a lazy, relaxed, dreamy hour long session, steeping in the gaiwan until I ran out of water from the thermos.

It’s funny how topics just pop up into your consciousness at times like this. It suddenly occurred to me that it’ll soon be that time of the year when bike rides into the countryside for picnics become a possibility again, and that I should really do an inventory of my portable tea making kit.

Somewhere around the fourth steeping I realised I hadn’t taken the salmon we’re supposed to be eating for supper out of the freezer. As far as I could tell, the passengers on the boat to Travemünde in Germany knew nothing of our frozen fish tribulations as they slid by on an immaculate sea as flat as a table top.

Planes came and went from Kastrup airport. I bet they had great views of the boat to Travemünde. Is that the 13:00 to Frankfurt….?

The geese have really started to return in large numbers now. Boy are they going to look stupid if we get another cold snap!

I was brought back down to Earth by a hungry cat head-butting my lower leg. 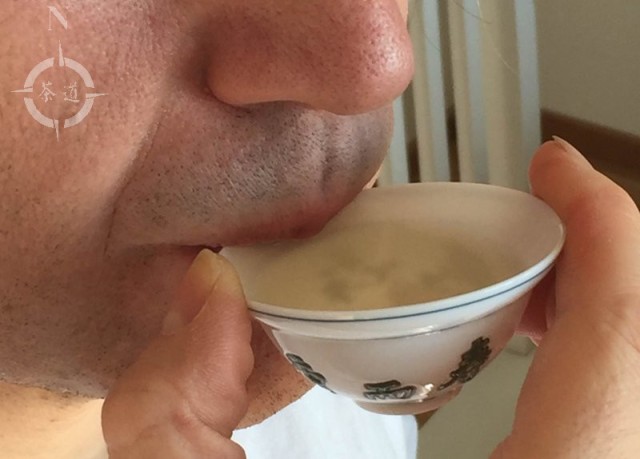