Posted on December 8, 2019 by northernteaist 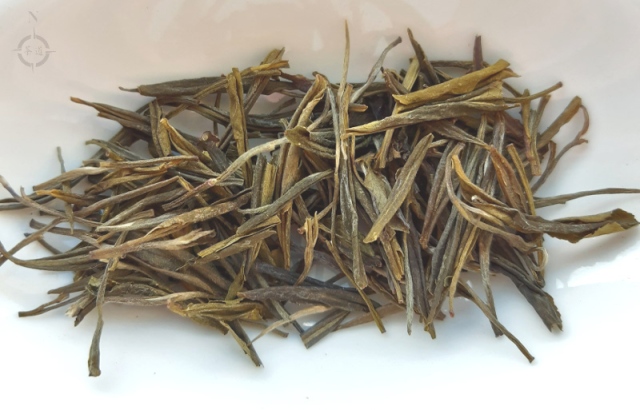 This is the second review of teas from the Lübeck haul, and the first look at some of the leaves Mrs. Teaist scored for at Lübecker Teekontor.

This is a new tea to me, and so I know only as much as the label tells me about it, to wit its name, and the fact that it’s “Bio“.

As always in cases like this, your first port of call should be the one and only Babelcarp, which informs me that Tian Mu Qing Ding is a green tea from Tian Mu mountain, which lies in Yuyao county, Ningbo prefecture, Zhejiang province. A literal translation of the tea’s name is “Tian Mu Blue-Green Summit“.

The dry leaf had a hard, smooth, polished feel to it.

After warming the pot I drained it and dropped the tea in, and after giving it a few gentle shakes removed the lid and sampled the aroma of the now partly warmed up leaves. They smelled of nutty cereal à la Long Jing, but also had a sweet mineral like fragrance, that bizarrely reminded me of Play-Doh!

The taste of the first sip of the first infusion was a real “…wait, what…?!” moment, which I half expected to be accompanied by the screech of a needle being pulled off an old school vinyl record. 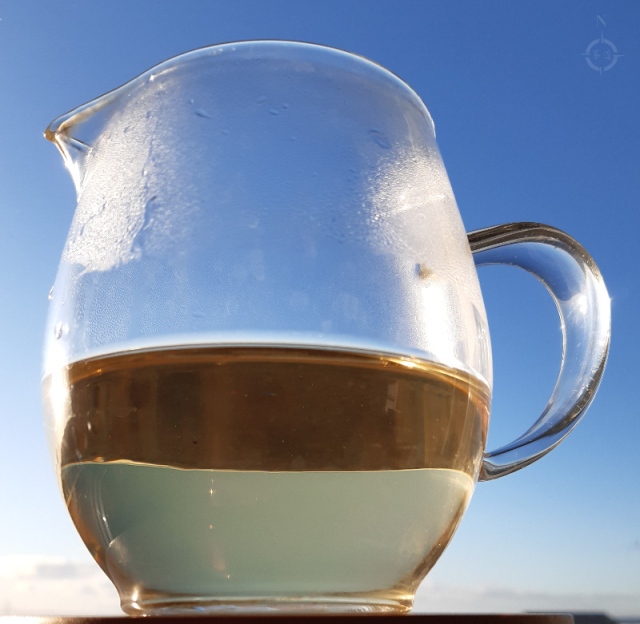 The warm leaf had prepared me for something similar to a Long Jing, but what I got was quite, quite different.

The taste was dominated by a macadamia nut thing, which came with a side order of milk bordering on cream.

That dairy thing was also reflected in the body, which was unexpectedly thick and luscious for a green tea, a true lip sticker job.

This was a very clean tea – very little leaf debris made its way into the tea strainer.

Right throughout the session the liquor showed not the slightest hint of grassiness or bitterness, just a smooth, sweet vegetal note sat behind the nuttiness.

When the liquor started to show the first signs of slipping during the 4th infusion, I bumped up the steeping times to compensate, but there was still the feeling that the tide was going out, and that the session was trying to swim against the current. It seemed as though the 7th. infusion at 60 seconds might have been the last, but I’d enjoyed the tea so much I decided to push on, but after two further rounds of 2 and 5 minutes duration I reluctantly had to accept that I’d taken out all the leaves had to offer, and that the session was over.

This was my first encounter with this style of green tea, and I have to say that even though I’m not a habitual drinker of green teas, I really enjoyed it.

I reckon that its creamy, nutty, non-grassy, unbitter taste profile could very easily appeal to many who under normal circumstances might tend to avoid green teas.

This batch of leaves has put this style of tea firmly on my radar, and not being given much information about the origins of this cargo has actually given me an added incentive to find out more about Tian Mu Qing Ding in general.