Posted on February 23, 2019 by northernteaist 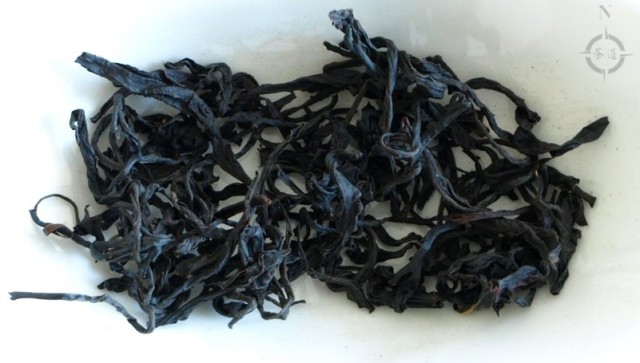 These leaves landed on my tea table after they were included as a free sample in my February order with House of Tea.

Chef Anton Mosimann has said that with food the first bite you take is with your eyes, and I think we should also think about tea in a similar way.

Some leaves simply look so good that they shout at you to get busy with a kettle and an appropriate brewing vessel, and these ones are firmly in that class. I couldn’t wait to get steeping…

Red Jade is a black tea from Taiwan, more specifically the area around Sun Moon Lake, which lies in Yuchi Township of Nantou County, and is well known for the production of black teas.

The raw material is a cultivar known as TRES nr. 18, which is actually a hybrid of Assamica plants from Myanmar, and non-domesticated local plants.

The leaves were grown at an altitude of 1100 metres, and were hand plucked before being hand rolled.

The dry leaf smelled sweetly vegetal, like a freshly cut privet hedge, but with ripe fruit layered on top.

As I tend to do with 3 gram samples these days, I played it dead straight by the included brewing instructions…

The first infusion came out a beautiful colour – it was clear where this tea gets its name from. This was a very clean tea, too, leaving almost no trace of debris in the strainer.

The liquor had a strong aroma of, well, in my tasting notes I referenced “baked something or other“, by which I meant something non-dessert like fresh from the oven. The nearest I can think of is darkly caramelized bread crust.

It was quite extraordinary – very seldom do you get such a strong, clear, slap in the face taste sensation as this. There was that signature could-be-nothing-else lychee sweetness together with its accompanying tart nip.

It would be nigh on impossible to swig this tea, it demands to be sipped gently, gradually, allowing the palate time to process the information and do a soft reset before the next batch of sensory input.

Trying to chug this tea like a daily drinker would be as overwhelming for your taste mechanism as a full marching band and firework display in an elevator.

There was a good body here too, comfortably beyond milky and well on the way to creamy.

The leaves easily dealt with the recommended three infusions, and actually hinted that they still might have a little left in the tank.

As always the $64,000 question with a sample is whether or not you would be prepared to upgrade a favourable impression into an actual purchase, and here I can say that without a shadow of a doubt that yes, I would.

I’d love to see how these leaves perform when there’s twice as many of them in a gaiwan. Given that 3 grams’ worth were still good to go after three rounds Western style, it would be very interesting to see how many infusions and what additional levels of flavour complexity we could coax out of these leaves with a bit of gong-fu love.

This tea should appeal to a wide selection of teaheads – it stands out from the crowd both as a Taiwanese tea as well as a black tea, although I could perhaps see that it might not tick the right boxes if you have rather fixed and strong expectations about what an example of either class of tea should be all about.

I think you’d be missing out if you didn’t get hold of these leaves and give them a whirl, though.