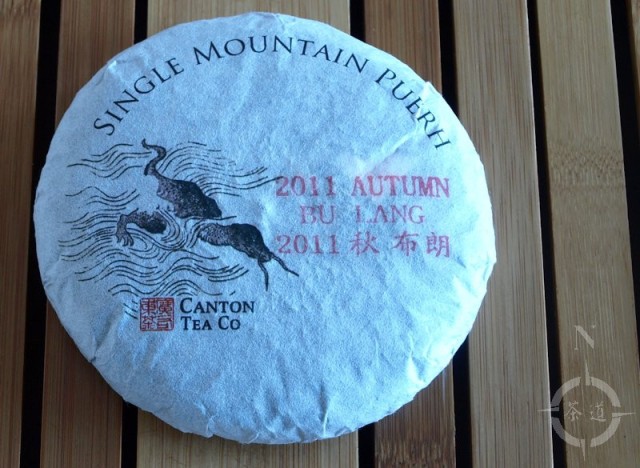 This 100g mini-beeng is part of the Canton Raw collection from Canton Tea Co.

It’s an Autumn 2011 pressing made by the Ai Men family in Jie Liang village, which lies in Menghai county of Xishuangbanna prefecture, Yunnan province. The plucking style was one leaf and one bud. 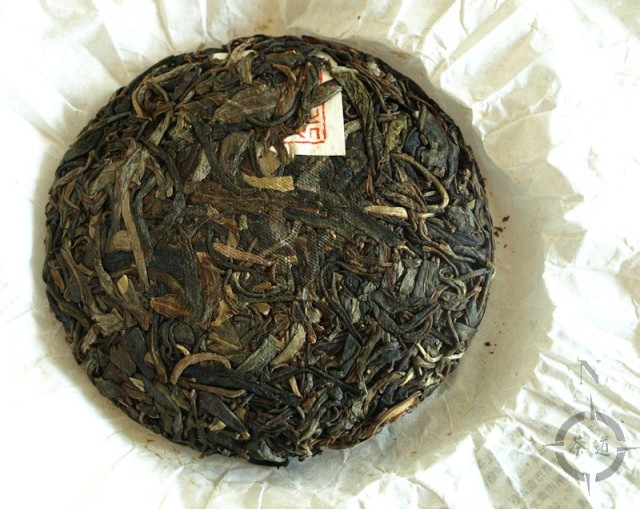 This tea was not hanging about, and was fast out of the gate, delivering a good, tasty slap right from the first steeping.

All those classic, young sheng flavours and aromas were there – fresh wood shavings, dried mushrooms, clean new leather – but overlaid with a smoky sweetness.

The body was medium-ish, but this was more than compensated for by the flavoursome punch it packed, rounded off by a tip of the tongue and roof of the mouth astringent nip.

That astringency faded as the session went on, and allowed an almost milky flavour to assert itself, as well as tipping the flavour scales in favour of the leather note.

Autumnal teas have a reputation for being milder or less potent than their spring produced counterparts, and this was perhaps evident here in the fact that the tea seemed to run out of steam at the 12th. infusion. The timing here was good – the session had left me with a terrible case of the munchies, and so I tidied up and raided the fridge.

The Qi was a bit odd. Other Bulangs of roughly the same age have hit me like a runaway freight train, but this one did something quite different. For some obscure reason I found myself daydreaming about my adventures during the years 1980 and 1981. Then again those other Bulangs were spring teas, so perhaps this is one of the ways that the Autumnal tea’s mildness manifested itself – all the flavour was present, but the potential to alter your state of consciousness was toned down somewhat.

A nice wee beeng this, then. Good stuff.