Posted on February 15, 2017 by northernteaist

This sweet little 6 gram Dragon Ball came as a free sample with my first order from What-cha.

This was a well chosen sample, cleverly selected to tick boxes. I’d ordered several mini-beengs of Pu-erh, as well as a batch of Moonlight White Dragon Balls, so this baby, made from unusually processed pu-erh material, was always going to ring the right bells.

On a side note, Alistair from What-cha also generously included a second sample, a 10 gram, 2 sessions’ worth lump of a Burmese Sen Zhi Kui Kokang Raw Dark Tea from just over the border with Yunnan, thus being a pu-erh in all but name. A post about that interesting tea is in the works – watch this space, etc.

In a nutshell this dragon ball is made of material which under normal circumstances would have found its way into a more traditional pu-erh, but was instead treated à la Oolong.

To quote What-cha this results in a tea that…

“…offers the best of both worlds, by bringing out many of the pu’erh characteristics while rounding out the tea and making it perfect for immediate drinking.”

The material itself was harvested in the spring of 2016, and is Zhong Xiao Ye Zhong, which is a small/medium leaf varietal. It originates from Da Ping Zhang, Jingmai, in Yunnan, and was grown by Yubai and William Osmont, who incidentally have a very good and informative YouTube channel.

I dropped the whole ball into a 150 ml gaiwan, and heated water up to boiling. After two quick rinses, I let the ball sit under the lid of the gaiwan for a couple of minutes, after which it was a simple job to tease the ball open with my pu-erh pick and a bamboo spatula, taking care not to damage the leaves.

I started off with a 5 second infusion, bumping up the time for subsequent rounds by 5 seconds a time.

I’d describe the early steepings as the tea equivalent of the Spinning Dancer illusion – if you concentrated on one flavour characteristic you could convince yourself that you were drinking either a pu-erh or an Oolong. There was even a hint of hong cha in there somewhere, a malty, high cacao chocolate bitterness. Even from the early infusions the tea soup showed a good, thick, creamy body.

I found that after the 8th infusion with the longer steeping times the pu-erh like aspects became dominant, together with the emergence of a milky sweetness.

The cha qi resulted in a slightly detached, light headed feeling, even though the session took place in the aftermath of lunch, i.e.. on a full stomach.

This tea could in fact scratch a particular itch of mine. As much as I love Pu-erh, at times I have a hankering for an Oolong or hong cha, but feel uncomfortable purchasing even a relatively small amount of one of those teas, due to the fact that given my infrequent dipping into those pools I might not extract full bang for my buck, if you follow. 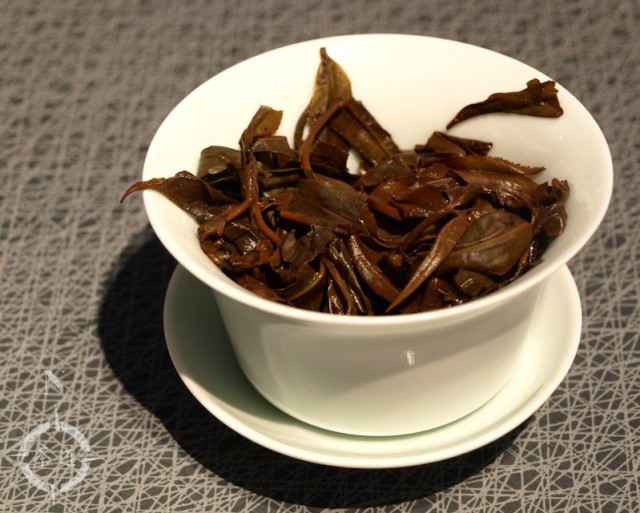 With this tea, however, I can indulge those impulses to stray, and yet still stay onside Pu-wise!

With any kind of experiment or move away from the norm there is always the danger of alienating folks who like things just the way they are. So, will this tea have cross-class appeal, or is it a Jack of all trades, and master of none?

Personally, I think it works, and it works well, and hopefully enough tea lovers will think similarly to make this tea viable in the future. 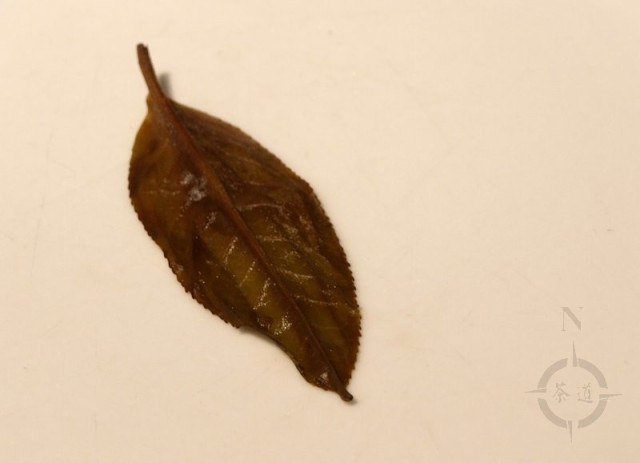 I’ll certainly be putting in an order, in any case…