Posted on September 9, 2018 by northernteaist 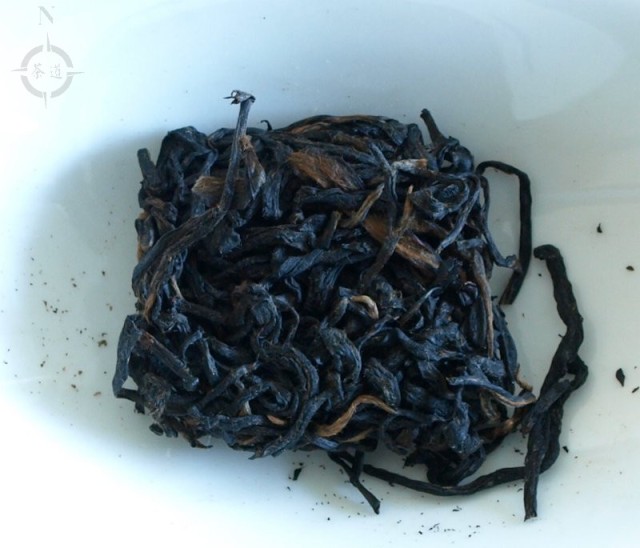 Yet another part of my recent What-cha order.

First things first – if you want one of these mini cakes, move fast! They’re a “while stocks last” job, and although Alistair from What-cha mentions that he got a couple of kilos in, from what I’ve seen on Reddit when people post pictures of their latest What-cha hauls everyone seems to be trying out this tea, so strike while the iron’s hot!

It’s a great offer – the mini cake will cost you a mere 1 penny.

The leaves are of the Shui Xian varietal, and originate from Nanyang village, which is to be found near Zhangping city, in Fujian province. This is a spring 2017 production. In his notes Alistair informs us that Zhangping Shui Xian is normally processed as an Oolong, and is noteworthy for being the only Oolong to then go on to be pressed into cake form. This particular tea, however, in what Alistair refers to as a “a modern twist on an old classic“, is instead processed as a black tea before pressing.

The cake’s dimensions and its just over 5 gram weight made it a perfect fit for a gaiwan. I noted that it was only lightly compressed, meaning that it should fall apart nicely without too much encouragement.

I performed a flash rinse, and then gave the hot damp leaves a good sniff. The aroma that greeted my nostrils was a heady mix of acacia honey, a fragrant wood such as apple, and a certain something that was almost like incense.

As is so often the case the first steeping was merely the overture, subtle and mild, but with hints as to what was about to come out and play.

After the first infusion I let the cake sit in the covered gaiwan but with a small opening between lid and bowl, so that the leaves could steam slightly but not be exposed to excessive heat. My hope here was that the pressing would be more or less undone after a few minutes, and that was exactly what happened. 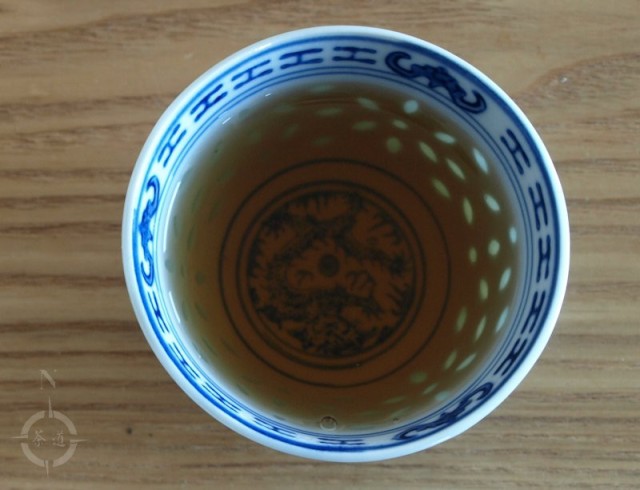 By the time the leaves had cooled down enough to touch, I was able to gently tease them apart with my fingers, meaning that the water in the second steeping was going to be able to bathe the entire surface area of the leaves.

Things were most certainly kicked up a notch from this point on. The full complexity of this tea was now laid bare – the honey thing was still in evidence, but had now been joined by a spicy pungency, like cinnamon or cloves. The liquor was sweet and floral, with the taste of lychees and the scent of roses.

There was something else going on in the background too, something that was maddeningly hard to pin down. At times it was almost vegetal, like roast broccoli, and at other times almost biscuity, which when combined with everything else gave blink and you’ll miss them flashes of gingerbread.

The third infusion brought with it a Szechuan pepper like popping to the tip of my tongue, and, surprisingly, a slightly more than mild Qi buzz, which manifested as a calm but focused state of mind, and a humid hot thundery weather kind of a sweat.

Once the leaves had fully opened up I could appreciate how large they were. You could clearly see that this varietal was more usually destined to end up as an Oolong.

Larger leaves generally translates as longer legs, and in the end these ones were good for 11 steepings. 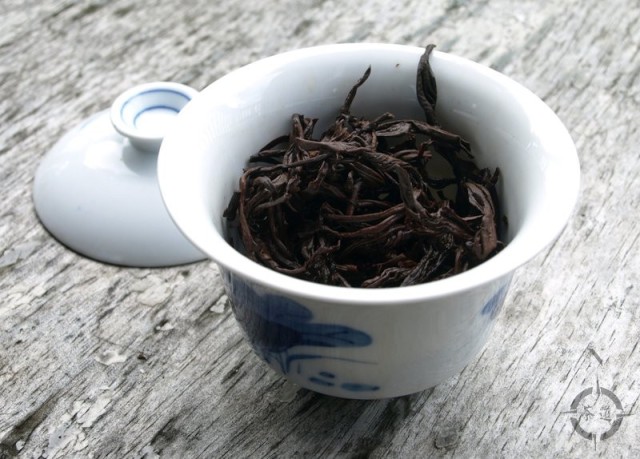 To sum up then – this tea is another example of what can happen when a varietal that is usually processed one way is given alternative treatment. If things turn out well the result can be something jolly interesting and rather nice, as is the case here.

Hopefully there will be positive feedback all the way back up the supply chain to the farmers themselves, and this tea will become a regular feature in Alastair’s inventory. Fingers crossed…