Posted on January 22, 2017 by northernteaist 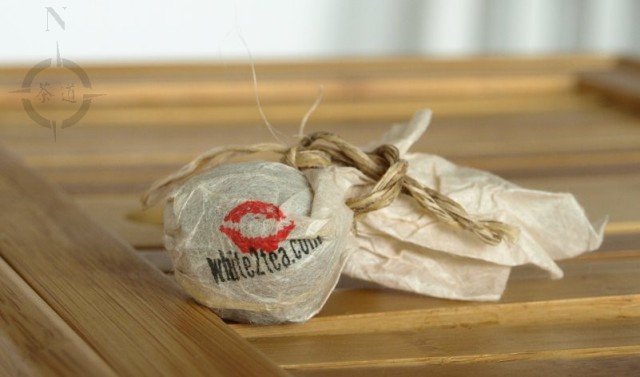 I recently placed an order with White2Tea for a pair of their own label Pu-erhs – the sheng “Daily Drinker” and the shou “Old Reliable“, and received one of their 2015 Smooch tea balls as a free sample.

This beauty weighs in at a generous 8 grams or thereabouts, which puts it in the same league as the equally copious free sample of “Hot and Heavy” they sent me in an earlier order.

To quote White2Tea themselves, 2015 Smooch is –

“Made from quality Lincang material, the tea Smooch is convenient for on-the-go tea brewing or travel situations where carrying a cake is not an option. The Smooch brews up sweet and easy to drink, with a charming fragrance.”

As per usual with an offering from White2Tea, presentation was excellent. The tea ball was wrapped in paper bearing its own custom logo, secured with knotted string. 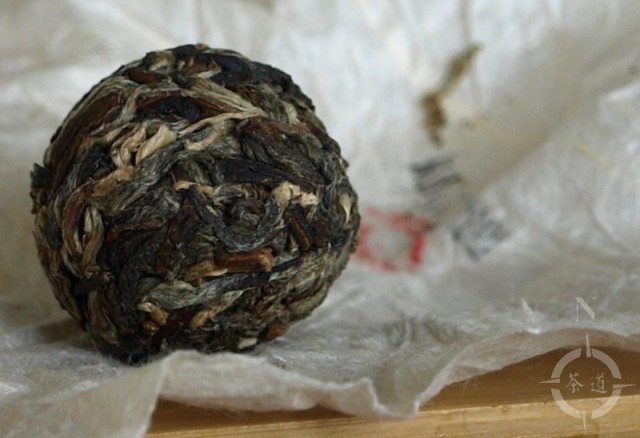 I can’t help it, there’s just something adorable about tea balls – the inclusion of this sample in my order came as a real surprise and brought a genuine 24 carat smile to my face. Maybe it’s the resemblance to marbles that speaks to my inner kid.

The size of this ball made it just about perfect for steeping in a 150 ml gaiwan, so that’s exactly what I did.

Water was straight off a full rip-roaring boil.

When you look around, there’s differing opinions on how to open up tea balls to expose the leaf to your tea water – this is what I’ve personally found to work for me.

Firstly, I give the tea ball 2 quick rinses. Then, I let the tea ball sit in the gaiwan with the lid on for a few minutes. Lastly, I then gently start to separate the leaves, working with the bamboo spatula from my tea tools set together with my Pu-erh pick. That usually does the trick, and from here on normal gong-fu style infusion methods come into play.

I started off with a 10 second steeping, and then bumped up the infusion time by 5 seconds for each subsequent round. By the time I’d reached the 1 minute mark, I noticed that the tea’s flavour was slightly on the wane, so infusion times were bumped up to 1.5, 2, 3, and finally 5 minutes, for a grand total of 15 steepings, at which point I felt as though I’d had the best from the tea. 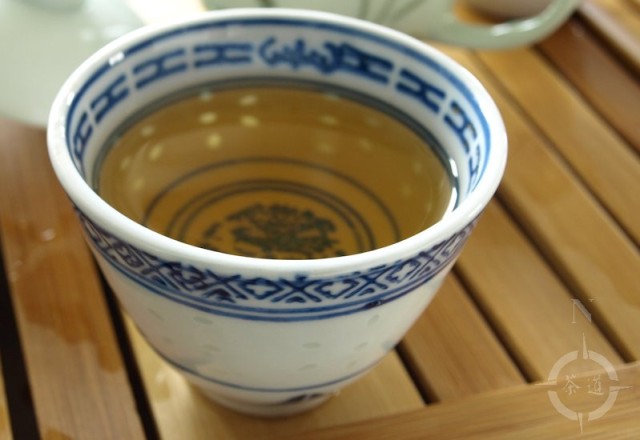 The tea’s flavour was a nice sheng blend of clean leather, fresh hardwood shavings, and dried mushrooms, but with a sweet vegetal element in the mix.

A nice astringent kick appeared at the second steeping, but never increased after that point, and never felt as though it was ever going to dominate.

The residual fragrance in the teacup was interesting, a mixture of play-doh and plaster of Paris.

The tea was luscious and full bodied, but still not overly heavy on the palate, something I can only describe as the difference between an embrace and a bear-hug. 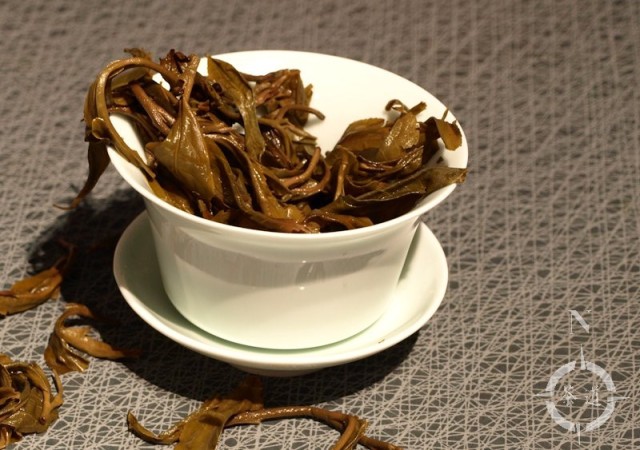 Smooch has a good Qi. Those 15 steepings induced a mellow, dreamy tea experience of the time dilation variety. What I would have sworn was an hour and a half’s session in fact turned out to be closer to four times that duration.

Combined with its portability and ability to yield a good number of steepings, for me this makes White2Teas claims for Smooch as a travel tea exceedingly credible. I’ll certainly be ordering some for future long train journeys. A ball of Smooch and a good book will easily melt the hours and the kilometers away. Good stuff.