Posted on October 11, 2016 by northernteaist 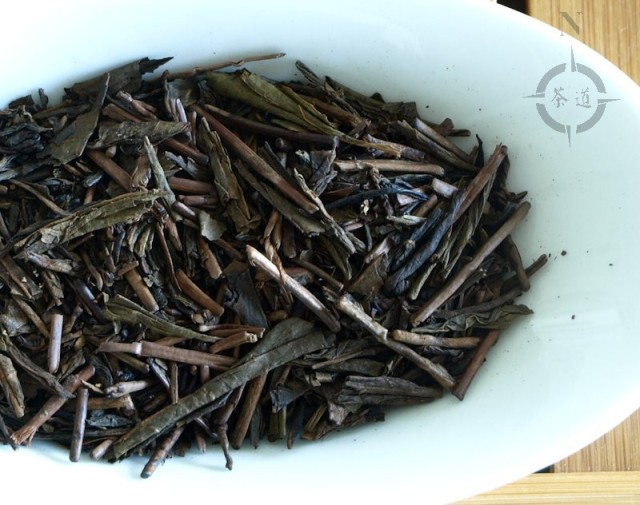 Sometimes, when it comes to tea, I like to turn off that automatic inside-of-the-head warning mechanism – you know, the robotic sounding one similar to the ones large service vehicles sport, the one that says “Caution, the packet of tea you are about to purchase may not meet your minimum requirements for quality. Please return to shelf.”

This was one such case.

I was in one of our local Asian supermarkets in town, ostensibly to top up on coconut oil and fish sauce, but on my way to the checkout I glanced up at the shelf where they normally keep the tea, and spotted something new.

I’ve had drinkable stuff from them before – some time ago I picked up a Ti Kuan Yin that was reasonable enough – so looked a little closer.

My knowledge of Japanese tea extends to matcha, sencha, and not a lot further, so I took it as an opportunity to learn something new.

“Hoji Cha” is a type of green tea where the level of oxidation is fixed by roasting the tea in a porcelain pot at high temperature over a charcoal fire rather than by steaming the tea, which is the more traditional Japanese method. This gives the leaf a darker, red-brown colour, which transfers over to the finished tea liquor.

Apparently, Hoji Cha is usually made from “bancha“, which although it comes from the same plant as “sencha” grade leaf, is from a second, late season flush, and to quote the Wikipedia article is “considered to be the lowest grade of green tea.” I’ll guess that was the origin of the Hoji Cha process, then – a way to create something new and improved from a lower grade of leaf. I’ve read that something similar happens with lower quality Oolong leaf – a heavier roast is used to essentially cover any flaws in the base nature and characteristics of the leaf.

The dry leaf had a pleasant aroma, similar to fresh hardwood shavings, oak perhaps. The leaves were small and needle like, and at first glance there seemed to be quite a bit of stem in the mix.

Doing a bit of research on the company website lead to a quite interesting discovery. If I have interpreted the information correctly, this tea was actually grown in Brazil, and then processed in America – California to be precise! If that was really the case, then it would be interesting to see how the terroir of the Brazilian location, not to mention all the transportation involved, impacted the taste of the end product.

I have to admit that I didn’t get on well with this tea initially. At all.

No matter what technique I tried, gong-fu, Western style, more leaf, less leaf, all possible water temperatures, although the tea had a pleasant colour, and a vaguely Oolong roasted honey/caramelised aroma, it also had a bitter, long after-taste, that was reminiscent of poor quality or badly stored shou Pu-erh. 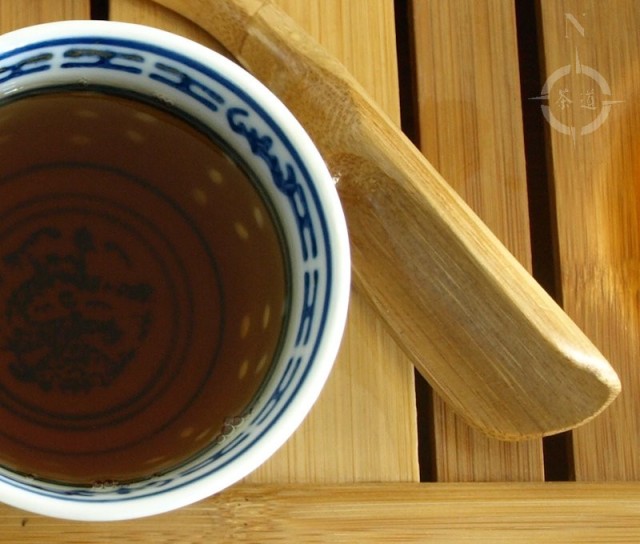 As a last resort I looked up the brewing recommendations on the manufacturer’s website. I went slightly under their 3 grams / 200 ml ratio, namely 1 slightly heaped teaspoon in a 200 ml pot. Water was at the cooler end of their suggested range – 80°C, as was the steeping time – 30 seconds.

Although the tea wasn’t by any means transformed into a magical elixir, it did become drinkable. It finally showed a bit of character – a floral aroma to go with the Oolong-esque roasted notes, and a ray of nuttiness shone through the previously overly earthy tinged clouds.

The bitterness was reduced to a manageable, pleasant level.

So, this tea dodged the bin by the skin of its teeth. I’ll keep it – it will be interesting to see how it fares over time – do roasted green teas keep well, age even? Let’s find out. It should work as a hard-reset for the taste buds if they get bored with Anji Bai Cha‘s subtleties…