Maojian – The Darling Buds of Spring

Posted on February 5, 2016 by northernteaist 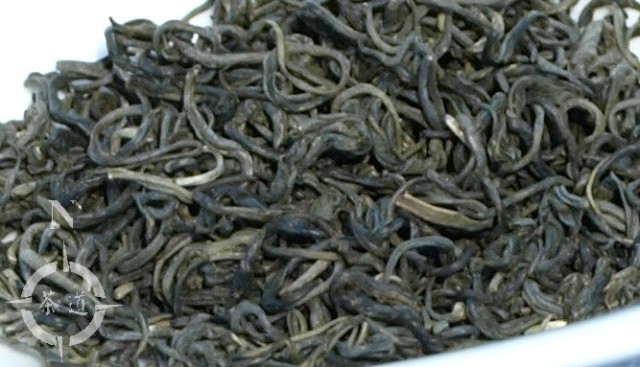 The name of this tea translates as Downy or Furry (mao) Tip (jian).

This refers to the appearance of the tea whilst still on the bush, describing the soft hairs on the unopened leaf bud.

The leaf is picked during the first spring flush from bushes grown at high elevation, meaning the tender young buds are packed with taste.

The name of the finished tea usually has its place of manufacture as a prefix to the term Maojian, and more often than not that name will be Xinyang, which is located in Henan province.

This is yet another tea that more often than not rates a place on most versions of the “Famous Teas of China” list, and as such is a tea worth getting to know.

As is the case with all teas that are mostly comprised of small tea leaf tips, more fresh leaf has to go into each kilo of finished tea, and this of course is reflected in the price – I paid 49 Swedish Crowns for a 100g packet.

When opening the packet I was met with a very pleasant, almost cacao like aroma. The next thing that strikes you is the appearance of the tea – a mass of slender, small, curved needles, with the darker leaf standing out from the lighter coloured buds.

Part of the fun with this tea is watching the dried leaf pogo around in the steeping vessel as it wakes up and takes on moisture, so initially I decided to infuse it in a gaiwan. 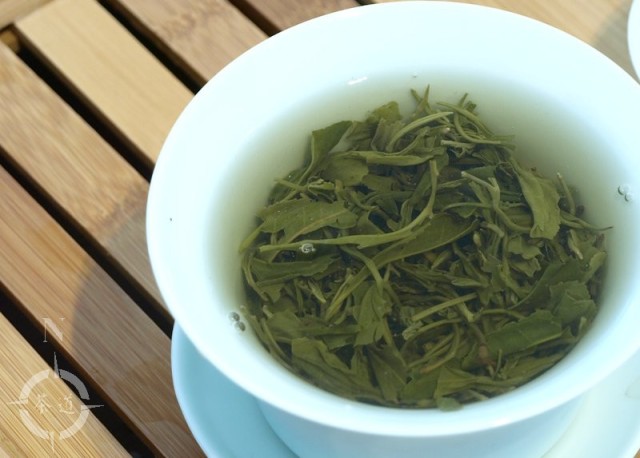 Maojian leaves infusing in a gaiwan

I weighed out 5g of leaf for the gaiwan’s 150ml capacity, and heated up the tea water to 80°C.

I made 5 infusions, starting at 5 seconds and increasing the steeping time by 5 seconds on subsequent rounds.

The tea had a very delicate aroma, slightly flowery with a hint of steamed vegetables, but was surprisingly sweet and flavoursome, reminiscent of a Longjing almost, but subtler, and again with a hint of asparagus, or broccoli stem. 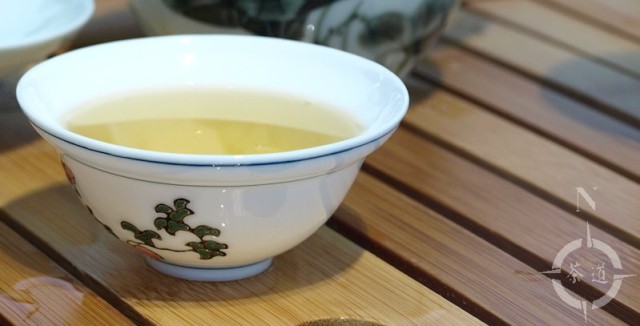 A hint of astringency appeared on the second steeping, but faded from the third infusion onwards.

As I mentioned above, part of the charm of this tea is its performance in the steeping vessel, so, later on the same day I measured out 4g of tea, and infused it in a 600ml Bodum tea press with the central infusion filter removed.

Due to time constraints I only attempted a single 2 minute infusion. The finished tea was, as expected, somewhere on a par with the 3rd infusion in the gaiwan. 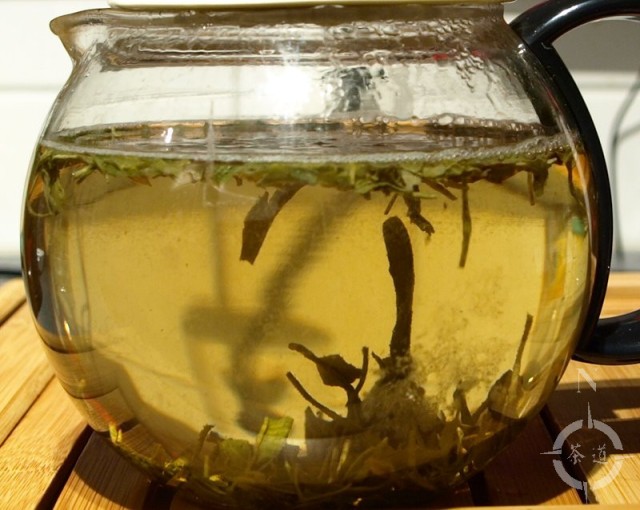 The tea didn’t disappoint! It dived and resurfaced as it gave its flavours to the water, a very entertaining spectacle!

The next morning, wanting a change to my usual routine, I decided to steep the Maojian in my green tea clay teapot, 2½ teaspoons to its 500ml capacity.

This resulted in a noticeable difference. The astringency was reduced dramatically, and the Longjing like characteristics of the tea brought out more. From what I’ve read this might be as a result of the unglazed clay of the teapot’s interior both absorbing the astringency as well as giving back a little of the flavour it has taken in during its life.

As well as an initial 2 minute infusion, this time I made a second one, at 3 minutes. The tea still had a good colour and taste, but was hinting that a third steeping might be pushing things a little too far. 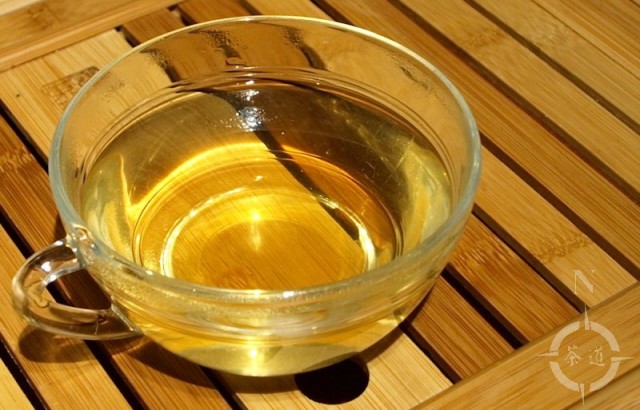 Maojian tea as made in a clay pot

As far as pairing the tea with food goes, I would personally stick to milder, subtler flavours. I get the feeling that Maojian would work well with steamed dishes, such as fish with asparagus or broccoli.

All in all, like all teas that appear on the Famous Teas of China list, Maojian is worth getting to know, especially if you like a bit of theatre in your cup.

3 Responses to Maojian – The Darling Buds of Spring