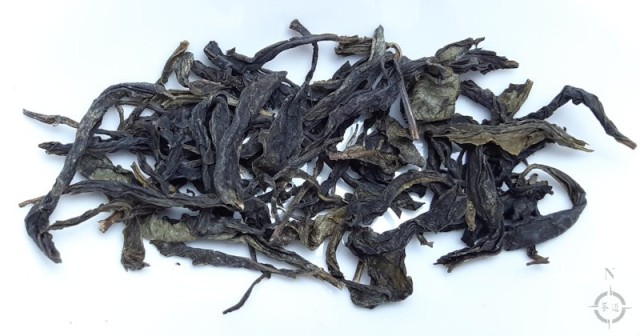 This is the third instalment of the on-going saga of my recent 5 tea mini-haul from Rare Tea Company.

Like the others, this too hails from the Satemwa tea estate, which is located at Thyolo, in the Shire highlands of Southern Malawi.

“…a very rare African green tea steamed in a traditional Japanese style. Made from original Chinese seed taken from Fujian to Malawi by way of the Royal Botanical Gardens of Edinburgh in 1921.”

“Beautifully crafted and completely unique this tea is only produced in tiny quantities – just a few kilos a year. These precious leaves are steamed in the traditional Japanese style resulting in a succulent and extremely rich green tea.”

I decided to take the same approach here as I have with all the other Rare Tea Company teas, that is to follow a broadly Western approach to steeping the tea, in order to enjoy more sessions with the leaves compared to the relatively few I would have had had I gone down the gong-fu path.

The dry leaf was giving next to nothing away aroma wise, no hint as to what the upcoming session might bring.

It has to be said before we go any further that I’m not entirely confident that I’ve nailed down the optimal brewing parameters for this tea.

Rare Tea Company recommends a water temperature as low as 70°C, but to be honest I’m not a big fan of green teas steeped with water that cool, so my first session with the tea used water at a slightly hotter 80°C. Even then, I still felt as though I was missing something, so upped the water temperature a little more.

The warm, wet leaf smelled kind of like a Long Jing’s cousin, if you follow. The sweet nuttiness was there, but joining it in the mix was broccoli tops and spinach.

The first infusion was interesting, to say the very least. The pale yellow, slick milky liquor seemed to dole out its flavours in three waves. 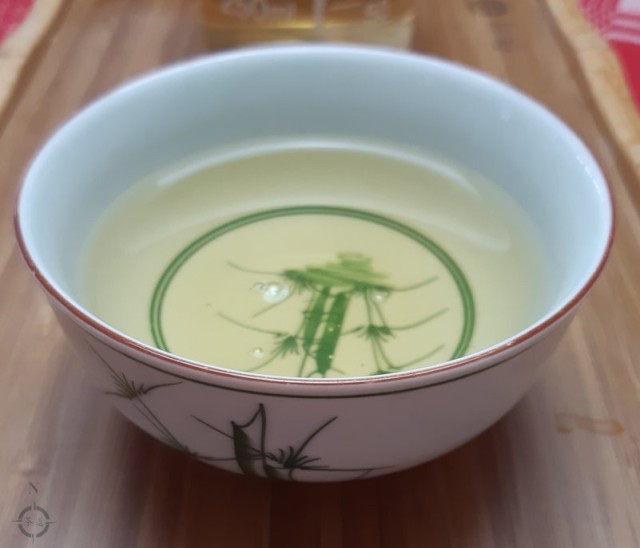 First out of the cup was a sweet, nutty Long Jing-esque note, which was quickly followed by a spicy, umami thing, that reminded me of the spinach from classic Indian spinach and potato dish Saag Aloo. Finally there was a subtle vanilla aftertaste.

As I understand it, performing the kill-green process by steaming rather than wok frying results in a significantly less bitter and grassy tea, and certainly in the case of this tea I found that the liquor was almost totally free from even the merest suggestion of bitter or grassy notes.

This was one of those teas that have no surprises waiting in store during subsequent rounds, rather one of those that simply have a gradual reduction in overall intensity until you pull the plug on the session.

Before I started the session my guess was that those largish leaves would give a good yield, and I think that roughly 750 ml from 5 rounds is a decent return for those few grams of leaf. 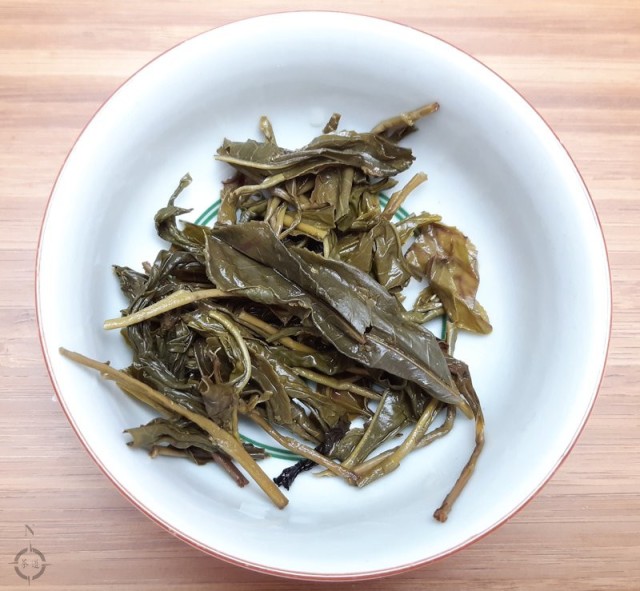 As I said earlier, I still have the nagging feeling that I’ve not quite found this tea’s sweet spot yet, which given the fact that I only have a small number of sessions left with it kind of puts the pressure on me to figure it out. A sensible first step would be to drop the water temperature back a notch to, say, 85°C, I suppose, and there’s always the extravagant option and see how we get on with double the weight in a glass gaiwan…

It was only when I was finishing off this post that the penny dropped – this tea, with its Chinese roots and Japanese twist reminded me of a tea I wrote about some time ago – Jeju Do Sejak, the South Korean green tea. That too had the sweet nuttiness of a Long Jing, plus a spicy, umami vegetal quality and lack of grassiness or bitterness. This tea, however, had none of those Japanese “marine” qualities, as well as having that vanilla like aftertaste the Korean tea lacked.

Unsurprisingly, then, I’d rate this tea as a hit – another very interesting tea from what is rapidly becoming one of my favourite producers.