Posted on January 22, 2020 by northernteaist 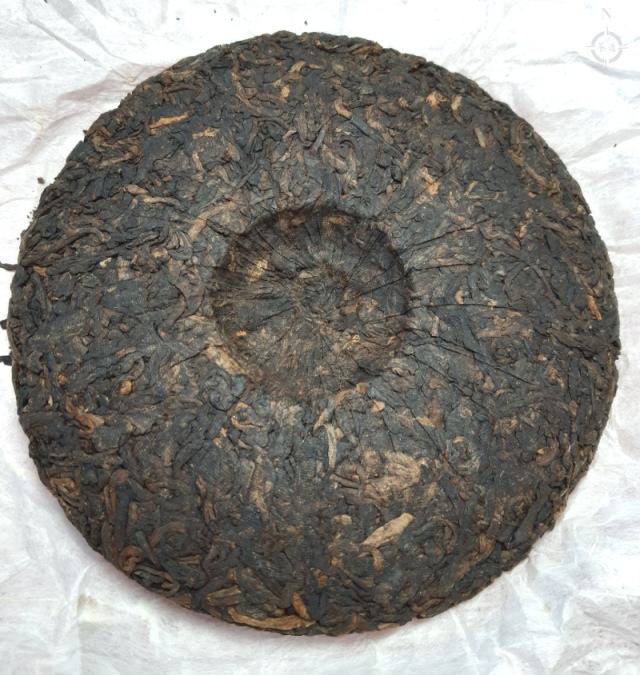 In this post I’ll be taking a short interlude from the saga of the Lübeck Haul, and concentrate instead on the other half of my November 2019 order with House of Tea.

That order was made up of two beengs of Pu-erh, one shou, one sheng, that House of Tea had commissioned themselves.

My post of 11th. December last year covered the sheng, in this one I’ll be looking at the shou.

The sheng cake was a sweet little 100 gram job, but this one weighs in at twice that amount.

The tea is described by House of Tea as “…high quality hand picked tea…” with the raw material coming from an early spring 2018 harvest of “…about 100 – 200 year old tea trees…“.

They go on to say that “…the tea trees grow at an altitude of about 1900 meters above sea level in the mountainous area of western Lincang, Yunnan“.

They also state that no pesticides were used in the cultivation of the trees.

House of Tea warned that the beeng was tightly pressed, but I nevertheless found it relatively easy to get my pick in and free off a handsome looking lump that weighed exactly 6 grams. It was also not that hard to further break down the lump into individual sheets of leaf.

I’d sort of been aiming for a 7 gram cargo, but that wee nugget looked simply perfect, so I decided to downscale in terms of teaware, pulling a 125 ml capacity unglazed clay pot out from the back of the cupboard.

The dry leaf had a nice earthy but clean and fresh aroma.

After the rinse I let the leaves sit in the closed pot for a few minutes to gently steam them open, something I also did after the first infusion proper, due to the fact that the clump hadn’t quite fallen apart as much as I’d hoped it would.

Still, that first infusion showed that we were in for a good session. The colour of the soup was a pleasantly deep hue, and the body was already well beyond milky and striding confidently towards creamy.

The first few rounds were dominated by a taste profile that had a strong wood and paper front end with a tantalising sweet vanilla aftertaste that was also faintly floral in nature.

Come the third steeping things were really moving. I felt a quite unexpected sleepy, dopey Qi bump, and the final couple of sips actually glued my lips together, something that sort of reminded me of Neo’s experience in the infamous interrogation scene from the first Matrix flick.

Just two rounds later, however, the tea suddenly started to run out of steam. This is something I do often find with teas that give so much so fast, that when the session starts to fade rather than coasting downhill they fall off the edge of a cliff.

Extending the infusion times didn’t really help all that much, and after the seventh steeping it was clear that the session was over. 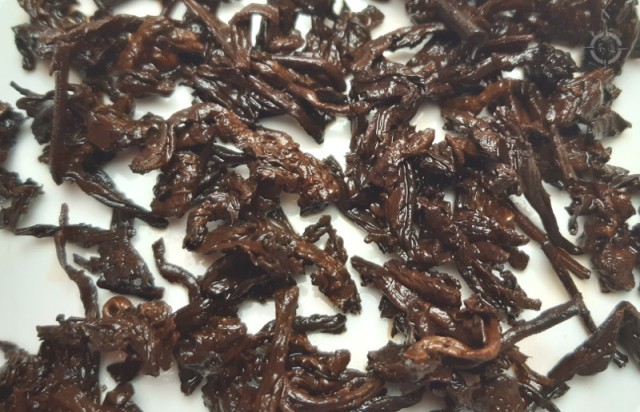 That seemed fair enough, though. Some teas are just like that – rather than fading away from the mid-point of a session they want to suddenly and dramatically exit stage right pursued by a large bear, and with this tea those great early rounds seemed like an acceptable price to pay.

I can certainly see this one quickly becoming a firm favourite, and like the sheng beeng one that I’ll be constantly re-ordering as long as it’s in stock.