Posted on October 16, 2019 by northernteaist

This is the third post in a series of four where I look at the shou pu-erhs I bought in late September over at Danish teahouse Simply Tea.

Simply Tea’s notes say that the name of this tea comes from the Mandarin for “home made“, which they say is a reference to the Chinese tradition of maturing shou pu-erh at home.

They go on to inform us that the tea was made under the supervision of a teamaster named Wang Xi Qun, that the raw material is from Xishuangbanna, and that it grew at an altitude of between 1500 and 2200 meters.

The time of harvest is given as April – June, and the leaf grade is described as “3 – 4“, so slightly towards the smaller side of medium sized.

The dry leaf had the faintest of shou aromas, and post-rinse gave off a barely there hint of fresh clean paper.

That was in stark contrast to the soup, however. 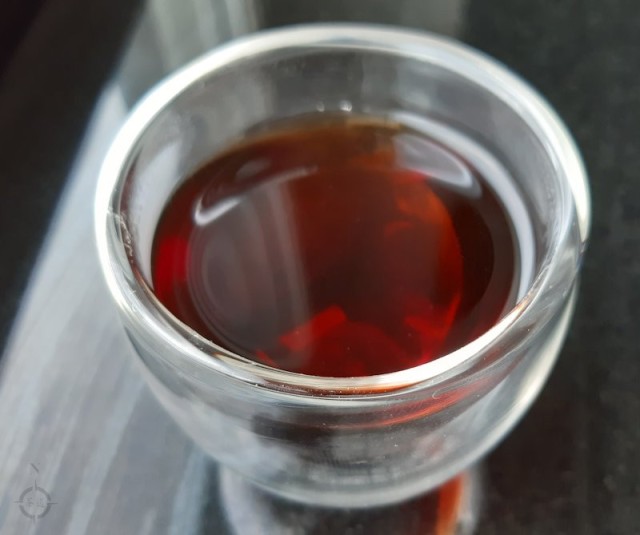 Even after that first infusion the broth had a slick, creamy body, which coupled with a sweet vanilla flavour gave the very real impression of supping custard.

That sensation persisted until the fourth infusion, which saw the vanilla thing take a back seat, allowing a more usual shou profile topped by that paper note to take the wheel. Nevertheless, it was the custard feeling that lingered longest on the palate after each sip.

I had to bump up the steeping times for the 6th, 7th, and 8th. infusions, by which time the session had run out of steam. It felt like a fair end to proceedings though, rather than one of those sessions that seems to dribble out into a disappointing anticlimax.

In their classification system Simply Tea refer to this tea as a “Luxury Everyday” item, and I can see where they’re coming from.

This isn’t necessarily a tea that you would want to pull out the best teaware for, or set aside an hour or so specifically to contemplate its finer points, but I certainly think it’s toward the top end of the daily drinker spectrum. 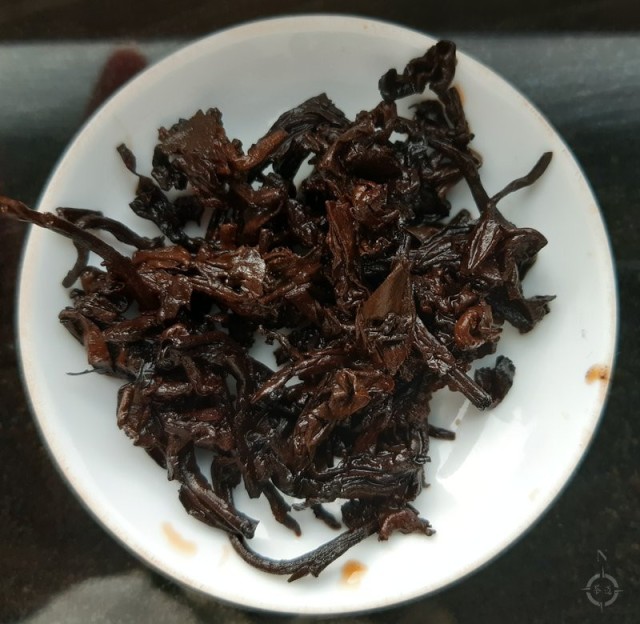 It’s the sort of tea you reach for if you find yourself with time to kill and want to drink something with a bit more character, for want of a better word, but don’t want to go all-in gong-fu overdrive, if that makes sense.

I think it’s going to have to go on the “always have some in” list.

This entry was posted in review and tagged Chinese tea, shou Pu-erh. Bookmark the permalink.