Posted on April 7, 2019 by northernteaist

I threw these leaves into my cart over at House of Tea at the same time as I was buying that delightful Shan Lin Shi Hong Cha I wrote about recently.

I justified this additional indulgence on the grounds that all the Tie Guan Yin I’d drunk up until now had been firmly in the “nice but ordinary” category, and that it was about time that I upped my game regarding this particular type of tea.

The leaves hail from Gan De town in Anxi county, Fujian province, the home of Tie Guan Yin. They were grown at an altitude of 800 metres.

This is an Autumn 2016 pluck. The level of oxidization is described as light. As I understand it, only a few percent of Tie Guan Yin is made from the Autumn pluck, but it seems as though quite a few people prefer tea made from this season’s harvest.

The dried leaf had a mild and subtle aroma that reminded me of dried, pressed flowers.

After the first infusion you got the feeling that the tea was going to take another round or two to fully open up and start releasing the really good stuff. Nevertheless, the liquor had a nice, milky consistency to it, and was sweetly vegetal, like garden peas.

The aroma coming out of the cup was that familiar pungent, heady hot house flower fragrance, but with something else layered on top, something that triggered a memory from my youth as a vehicle builder. It was the powerfully sweet scent of hardwood just after it has come off a circular saw.

After the second steeping the gaiwan was nearly full, so much had the leaf opened up. Everything had been ratcheted up a couple of notches, but there was still the feeling that this tea hadn’t quite hit top gear yet.

That would come one round later. The liquor in particular was bang on the button, having morphed into a buttery lip smacker. I also found myself breaking out into a full-on upper body sweat.

The fifth infusion saw things starting to tail off a bit, but by turning the leaves over in the gaiwan with my trusty bamboo spatula as well as upping the steeping times I was able to tease another three more rounds out of them before it felt as though they’d given all they had to give. Still, nine good rounds seemed like a fair enough yield. 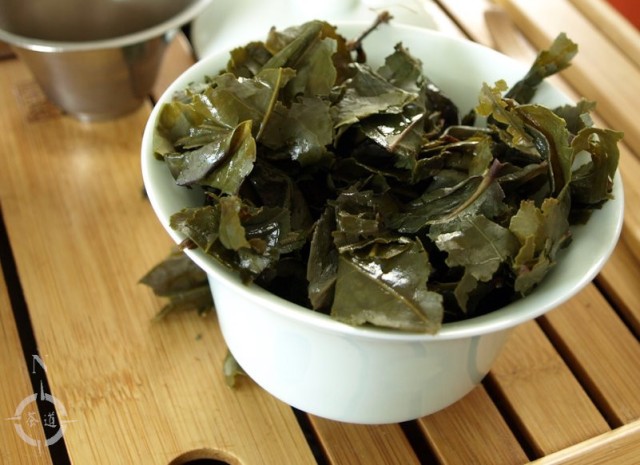 In conclusion then – yes, this tea was indeed a step up in terms of overall quality compared to the other Tie Guan Yin I’d sampled previously, and more than worth the price differential.