Posted on December 16, 2018 by northernteaist 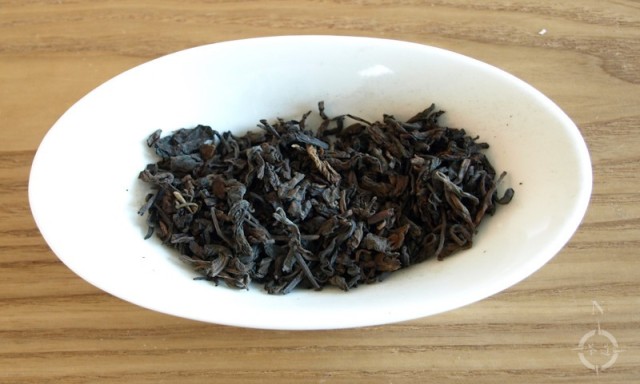 I have a sort of sub-class of the “Daily Drinker” genre, a niche for “good but not great” shou pu-erh, usually loose leaf but occasionally beeng cha, that gets to strut its stuff after meals, acting as a combined palate scourer and digestif.

Generally speaking these teas need to be robust but essentially simple in character – any complexity or subtlety would be overwhelmed if you’ve just given the inside of your mouth a thorough workout with bold, in-your-face flavours, such as you might come across if your preference is for Indian or Sichuan cuisine, for example.

I often buy these teas from one of our local Asian supermarkets here in town. In my current stash “Golden Sail” brand S-272 had been fulfilling this role admirably, but my supplies were running low.

I paid a visit to the supermarket to stock up, but as I was reaching for the Golden Sail, I noticed a large vacuum sealed foil bag sat beside it on the shelf. The label showed no information other than its weight, 1 kg, and that it contained pu-erh. It had all the hallmarks of a tea destined to find its way into the kitchens of the nearby Chinese restaurants.

Once I got the bag home, I opened it up to inspect my purchase. The leaves resembled “265” shou somewhat – slightly larger than, say, the S-272 they were going to be replacing, and with a fair bit of twig thrown into the mix. 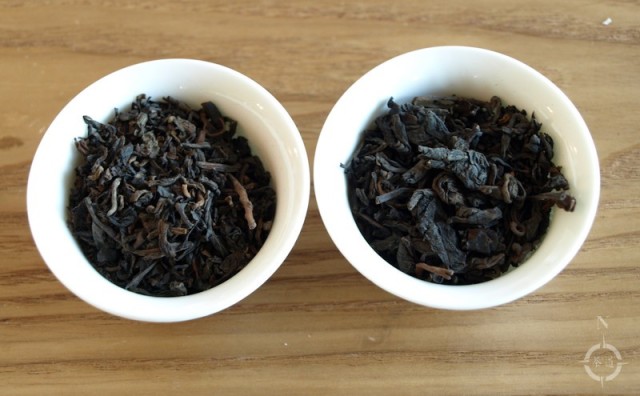 Given that the packaging sported so little data, I christened it 199, after its price.

It takes quite well to Western style brewing in the old familiar ratio of 4 heaped teaspoons / 400 ml / 4 minutes brewing time, but if you’re in the mood it will give a good account of itself if given a bit of gaiwan action. I managed 5 rounds with steeping times of 10, 20, 30, 40, and not surprisingly 50 seconds with 8 grams / 150 ml. All water was of course boiling.

It gives a really deep bronze soup – “…is that coffee..?”, asked Mrs. Teaist as I poured myself a cup from the Upphetta. 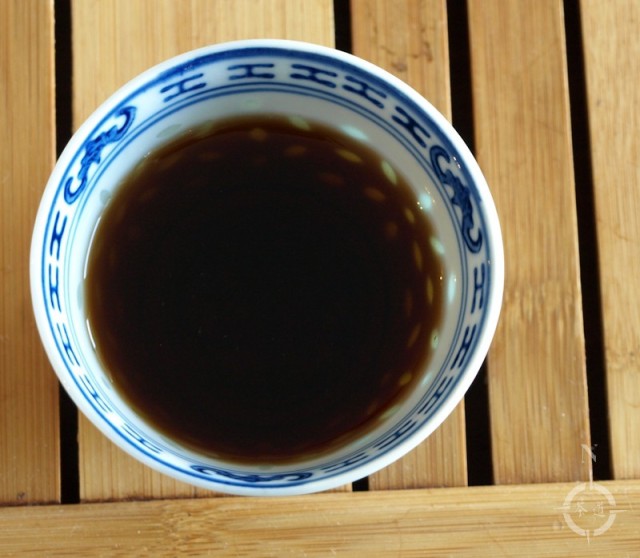 As was the case with the 265, this is no award winner, but it still does the business in its own particular way. Earthy and woody, this is a no-nonsense chugger.

If it ever starts to get a bit same-y, all I’ll have to do is hit it with a bit of orange, goji berry, cacao, or chrysanthemum. 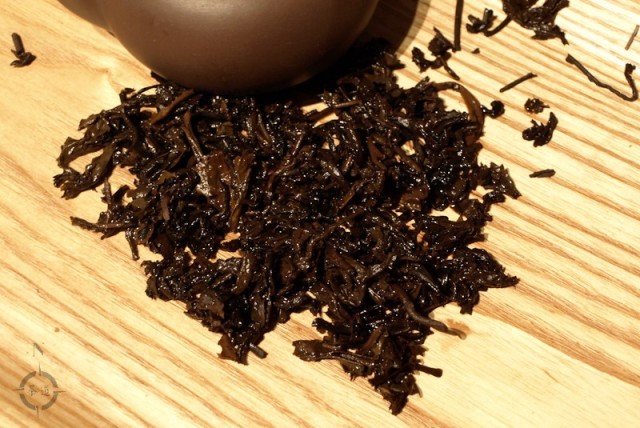 It is what it is, and that ain’t a bad thing at all…