Posted on September 9, 2017 by northernteaist

This tea formed part of my haul from Sing teahouse in Copenhagen during my recent tea-inspired day-trip to the Danish capital.

Sing in turn sourced the tea from manufacturer Hoshino Seichaen, who are based in the city of Yame, which lies in Fukuoka prefecture, Japan.

The superfine, almost delicate looking leaf-needles had an enticing malty, savoury aroma, with a suggestion of roasted nuts.

In my experience cavalier experimentation and Japanese teas simply don’t mix, so I decided on the safe approach, and followed Sing teahouse’s steeping guidelines to the letter…

This a complex tea. There’s a lot happening in that cup.

The first steeping produced a pea-like sweetness, with an asparagus or broccoli like vegetal note. As you might expect from a Japanese green, there was also a subdued hint of fresh, clean seaweed there, too. 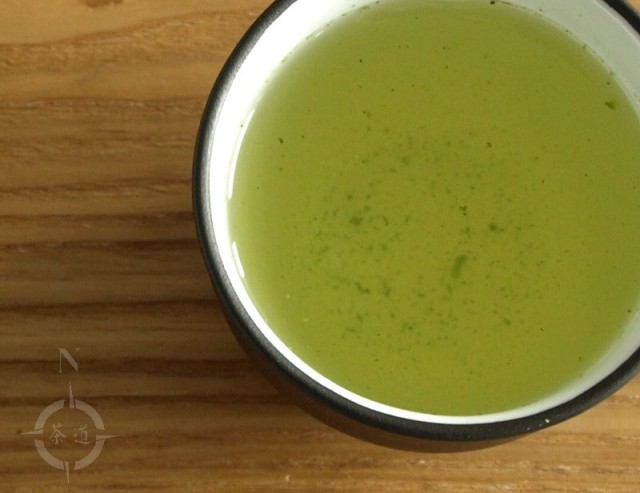 After swallowing I got a dark, malty, savoury, umami aftertaste.

The second and third infusion saw the seaweed flavour raise its voice slightly, but not so as to overpower the tea.

The Qi kicked in during the second steeping, a real mellow vibe inducer. This is a tea to take your time with, to stare out of the window whilst sipping, a catalyst for mind wandering, daydreamy, aimless philosophising.

During this session I managed to completely forget about the problems posed by an apparently dead and unresponsive induction hob, the filthy weather, and our attention seeking, petulant cat.

A half-hour of sheer bliss. Wonderful.