We paid a quick visit to our summer house on the coast today, to see how it came through the winter.

Thankfully the terrible gales that swept across that part of the country last December hadn’t taken the roof off, or shoved a nearby tree through it.

I quickly popped inside to do a teaware inventory, and see out of curiosity how many spiders had taken up residence in the teapots.

Everything was still precisely where it should be and surprisingly arachnid free, probably because they all starved due to an almost total lack of mosquitoes the previous summer.

When we return later on this year I think I’ll relocate one of my seldom used gaiwans there. I think I’ll invest in a good, sturdy screw-top glass jar for cold infused tea drinks, too.

A couple of medium sized good quality tea caddies should be going on the list as well. Double lidded jobbies, mind, you can’t take any chances with an old wooden house and damp sea air.

It was soon time to lock up again, and head back home. An hour and a half later I was sitting in the kitchen warming up with a pot of Pu-erh, thinking about the summer to come, and all those long tea filled endless afternoons we’ll enjoy. Wah-wah, as young Mr. Gessle put it.

Now, where did I put that tambourine….? 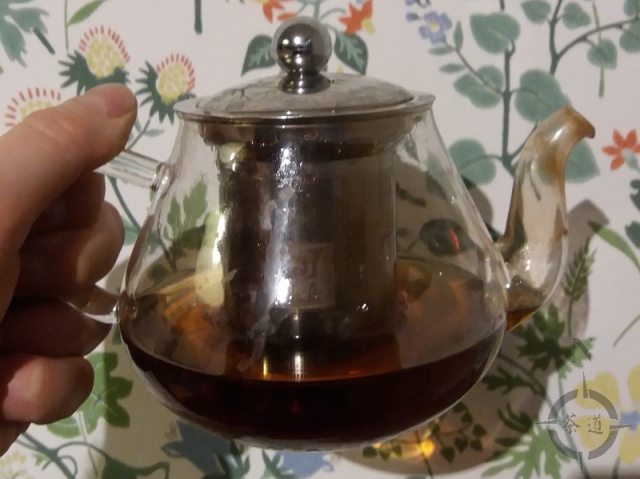 This entry was posted in tea diary and tagged summer, tea, teaism. Bookmark the permalink.