Posted on January 30, 2016 by northernteaist

A cup of mint tea

In “The Tea Enthusiast’s Handbook“, by Mary Lou & Robert J. Heiss, the section on Green Gunpowder tea mentions the fact that Green Gunpowder is more often than not used as the starting point for North African mint teas.

Intrigued, I started to do a little further research. I found out that in Morocco, mint tea is known by the humorous name of “Whisky Berbère”, or Berber whisky.

It seems as though tea was introduced to North Africa in the 1850s by enterprising British merchants looking for new markets after the loss of existing ones due to the Crimean War.

Digging a little deeper, various recipes I found suggested that the correct technique was nothing more complicated than steeping fresh mint leaves along with the tea. Could it really be that simple? 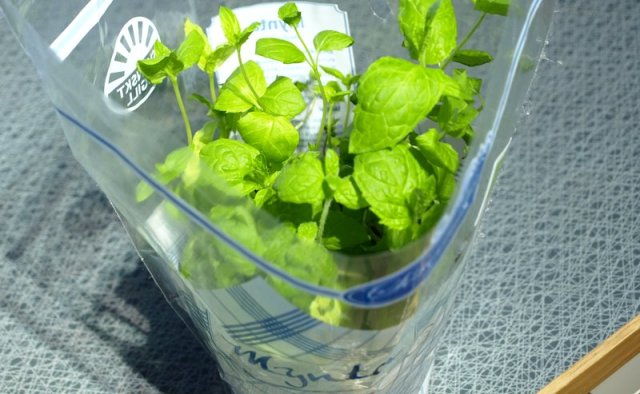 This is the ratio I’ve found to work best for my personal taste – as with all things tea related chop and change accordingly until you come up with a preparation that suits you.

Once the tea is ready some people prefer to sweeten it – honey being a popular choice. I prefer to drink it unsweetened. It’s also common to garnish each cup of tea with a few extra mint leaves.

This tea is a good palate cleanser and cooler that I find works well with the kind of spicy, robust flavours that many North African dishes are known for.

I’ve also found that it complements subtle flavours, too. The pot I made for the photography on this post was drunk as an accompaniment to a tuna salad, for example, and really did the business.

In Northern England the word “mint” is used to describe something that is exceptionally good, and so I can confidently proclaim that this tea is indeed mint!