Posted on October 13, 2018 by northernteaist 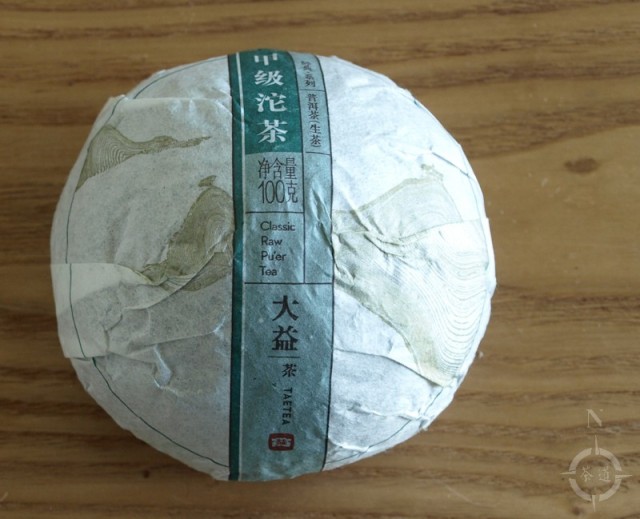 This is another one of the teas I picked up recently at Green Tea Guru.

It’s a Menghai (or as we should be saying these days Dayi / Taetea) production, awarded the Jia Ji (“first” or “A” grade) title. 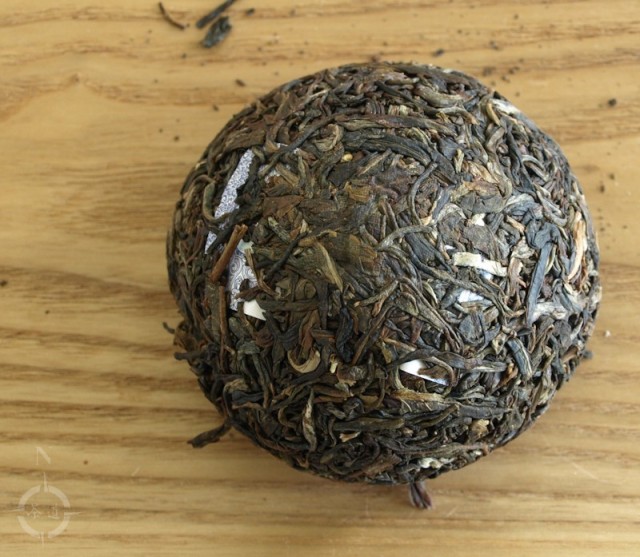 Despite that moniker Olli (Mr. Guru) notes that this tuo is “…a straightforward and honest raw puerh…“, one that “…represents great value for money…“, and is a “…youthful bright energetic tea at a great price…” that “…makes a good everyday raw…“.

Once I had this tea at home I Googled it, and after reading a few reviews I have to admit that I was a bit concerned. 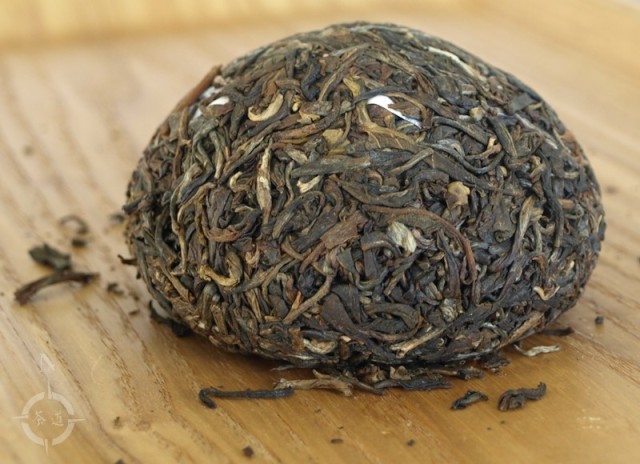 It seemed as though several people were a bit put off by what they saw as excessive amounts of both smokiness and bitterness, which was kind of at odds with Olli’s notes.

Still, I decided to play it somewhat safe, and started the session close enough to lunch for my still half full digestive tract to act as a safety buffer in case this tea was as powerful as some have suggested.

Post rinse the leaves gave off a distinctly sweet and smoky aroma, but one that suggested burning hardwood rather than incense, if you follow. There was also a pungent, floral aspect to it, almost like roses.

That smoky note carried over into the first infusion. There was very much a feeling that this tea was not going to be ultra-fast out of the starting gate, but that it wasn’t going to be a slowcoach, either.

The first couple of infusions had a sort of vegetal thing lurking in the background, like broccoli stems, that hid underneath a top tone of dried mushrooms. 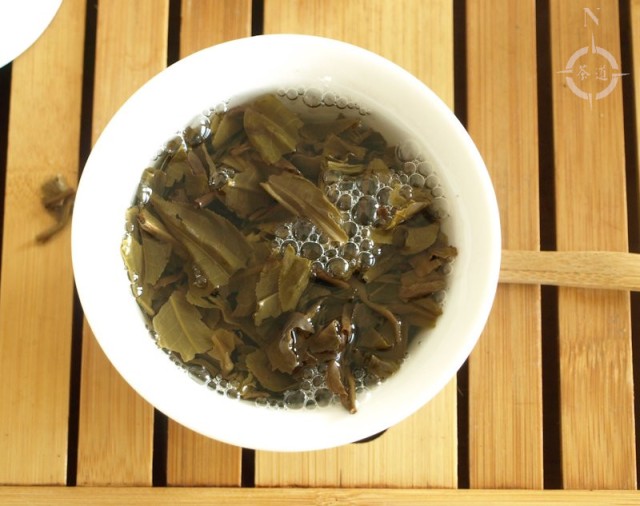 One thing I often find with sheng is that drinking it suggests music to me, almost as clearly as a radio being turned on and tuned into a specific station. This soup had me hearing the same guitar break and bar and a half of accompanying piano over and over again in a continuous loop, but I was unable to identify it, even though I was aware that I knew it.

It was not until about half way through the session that it struck me – that sample came from Status Quo‘s hit single from the mid-80s “Ol’ Rag Blues“. Nope, I’m at a loss to explain it, too. Suggestions on a tea-stained postcard…

By the third round I was starting to wonder where the mouth imploding bitter-bomb had got to. A quick re-read of some of the reviews had me thinking that my head hadn’t been turned inside out because I already drink quite a lot of young sheng. The bitterness was noticeable, but not overpowering, not according to my taste buds, anyhow.

The body had been upping its game, too, and had now morphed into a pleasantly oily, slick affair.

As we approached the mid-point of the session the broth was turning into a real swigger, despite any concerns about levels of bitterness. It was here too that the qi started to show up, conjuring forth a good old upper body sweat.

By the sixth steeping the tea was starting to fade a little, which if anything only increased its chuggability factor. I raced through the next three rounds, which resulted in me becoming a little tea tipsy.

Even though the 10th infusion had been a 90 second long one, the fade was becoming very noticeable now, so much so in fact that I decided to call time on the session at that point. That did sort of leave the question of whether these leaves might still be good for a few more rounds in, say, a small clay gong-fu pot rather than a gaiwan. That will make for an interesting experiment in future sessions, and no mistake.

In conclusion, then – I think Olli’s right when he says that this tuo could work very well as part of your daily drinker stash, although some less keen about the kind of oomph young shengs are capable of doling out might not be 100% in agreement there.

The fact that this a Menghai production is also going to be a fairly large “yea” for some, and a “nay” for others. Some folks like Menghai’s reliability, but some talk about that in terms of a tendency towards “sameness“.

Personally speaking, I can see this tuo working very well indeed in a kind of daily drinker yin/yang relationship with another Menghai 100g tuo, their V93 shou. Ad-hoc, drop in, as you like it sessions with this tuo during the late morning / early afternoon, and a switch to the V93 later in the evening. Yep, that just might work splendidly…

Looks like I’ll have to get another tuo of V93 in. Watch this space, etc…