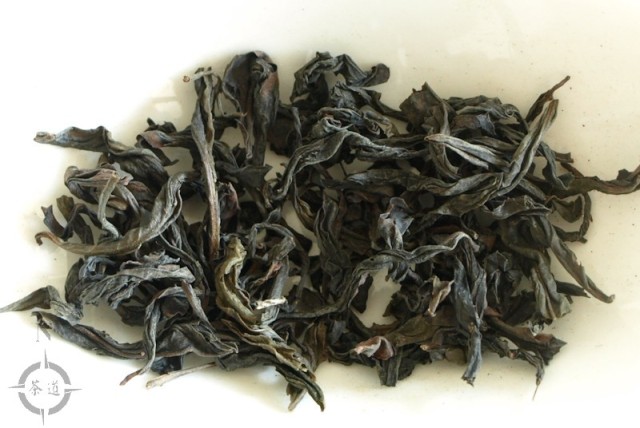 I received this tea in the form of a 3 gram sample that came with a recent order I placed over at House of Tea.

The Huang Guan Yin cultivar was created fairly recently by the Fujian Tea Research Institute, in 2003 to be precise, and as you might have guessed by the name alone is a cross between two other famous cultivars, Huang Jin Gui and Tie Guan Yin. It also goes by the moniker Yellow Goddess of Mercy, or simply No. 105.

This particular batch of leaves grew at an altitude of 600m in the world famous Wu Yi Shan area, and was hand-picked during the Spring of 2017. Unlike most traditional Wu Yi Oolongs it was only lightly roasted.

I played it straight by the book, following House of Tea’s steeping instructions to the letter…

The tea liquor had a very nice floral aroma, reminiscent of rose, or maybe sweat-pea. There was a light, refreshing sweetness coming through, a soft stone fruit kind of thing, which reminded me of apricot or peach.

Because of the lighter nature of the roast the honey / brown sugar notes were toned down, so to speak – still noticeably there, just not so much front and centre blowing a trumpet.

This tea could strut around wearing a shirt proudly bearing the statement “Astringency free – that’s me!“, and in all fairness you’d find yourself nodding in agreement with that declaration. 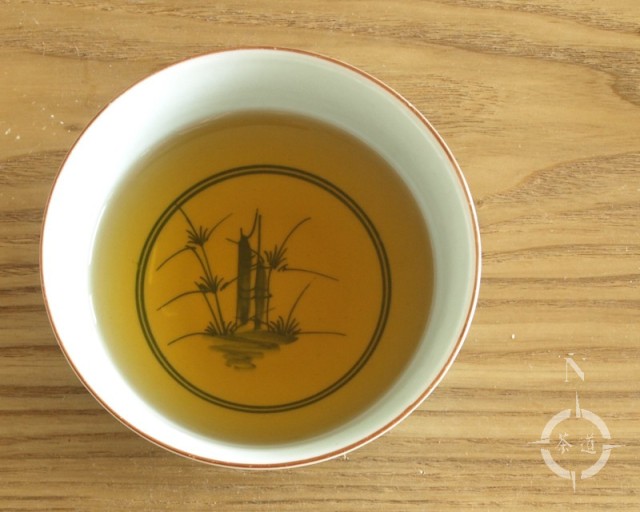 As I’ve said before, I usually only get a Qi belt from sheng Pu-erh, and if I do get a hit from a tea outside of that category it seldom lives up to the sheng inspired experience, but this tea gave me a real whack from the get-go. Whatever factors were at play – the alignment of the planets, current condition of my digestive tract – this tea went to my head within 30 seconds of the first sip, tops. Giggly and giddy, let’s say, and leave it at that…

There was a nice milky mouth feel to the tea, but it does seem to have a reputation as more of a heavy hitter on that front. My guess is that the leaf / water ratio needed to be a tad higher to get the best out of the leaves in that respect.

The second infusion was interesting insofar as it saw the floral aspect diminish ever so slightly, and the “roastiness” of the tea become a little more assertive.

As expected the third steeping was a little more muted all round, but still worth hanging on for.

In conclusion, then – an interesting tea, this one. It’s certainly piqued my interest – I’d like to sample a decent Huang Jin Gui now, to see how much of this tea’s character was inherited from that side of its “parentage“.

Definitely worth upgrading from “sample” to a full purchase. Good stuff.