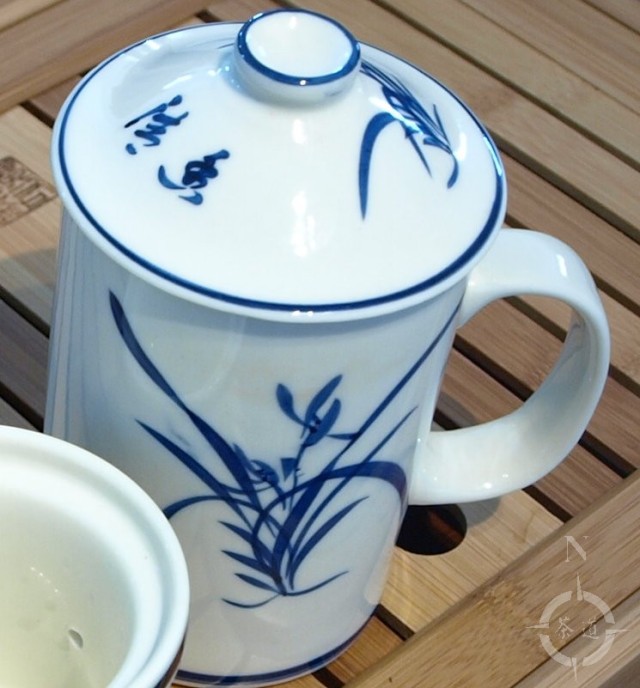 Every now and then I like to pull out some of our lesser used teaware, and make tea in it.

I find it keeps you from getting in a rut, makes you concentrate more on technique. A change is as good as a rest, and all that.

I found this Chinese lidded tea mug at a local supermarket in town some time back. I’ve seen similar mugs referred to as a “zhong” on more than one occasion, which simply means “cup“.

It has a 400ml capacity, and sports a removable infuser insert made from the same material as the mug itself. This is a plus point if you are concerned about the possibility of a paper filter or stainless steel infuser tainting the taste of your tea. 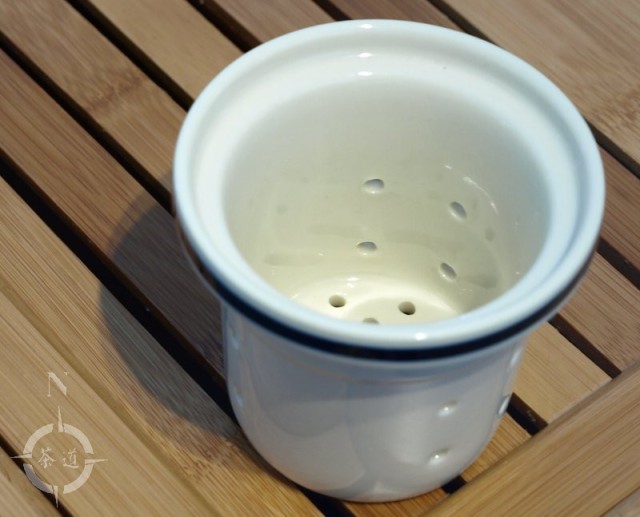 You also have the advantage of a quicker clean-up, seeing as you are drinking the tea directly from the steeping vessel with no separate cup to wash up afterwards. This makes the mug perfect for informal, easy tea drinking, where you want all the taste but not the fuss of gaiwans and fairness cups and so on.

The infuser has 25 small holes, each about the same diameter as a matchstick. There are 3 lots of 4 on the side, and 13 on the bottom.

I’ve found that this mug works best with larger leaf teas, such as a ball Oolong. In this session I’m using the Ti Kuan Yin I bought a while back. I used 2½ teaspoons of leaf, which gave good results. 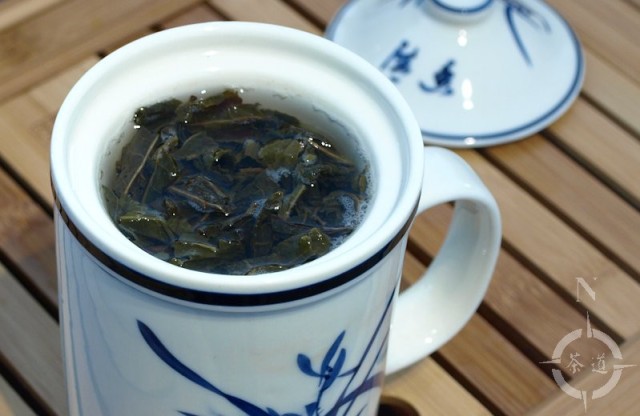 Teas made from small, fine leaves have a tendency to fall through the holes in the infuser, which means that even when the infuser is removed after steeping the tea for the correct duration, some tea with be left in the mug, stewing.

Even with larger leaf teas, some bits of tea dust and broken leaf will inevitably find its way into the finished tea. To be fair, though, I haven’t felt as though this has added any residual bitterness to the tea, although it does result in a small amount of tea that you really don’t want to drink at the bottom of each cup. This small niggle is less prominent on the second infusion if you choose to perform one with the same leaves, however, as the broken leaf and dust will mostly have been washed from the tea during the first infusion. 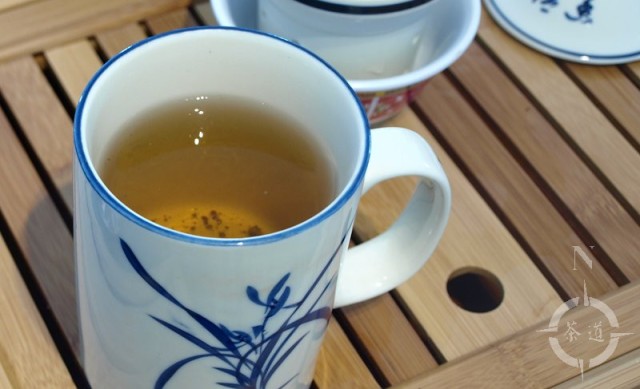 The mug has good heat retaining characteristics, and the lid does a good job at keeping fragrances in.

If I remember right I paid 59 Swedish Crowns or thereabouts, an OK price for a good looking, functional piece of teaware.