I bought this tea back in May, at the same time as the Bergamot Oolong I wrote about in June.

It had been nudged from the front of the “recently purchased teas to get to know better” queue by other leaves, and then came our month long annual summer trek, but with a return to what we laughingly refer to as “normality” its time has come at last.

The leaves originate from Nantou in Taiwan, and are of the Jin Xuan cultivar. They were lightly oxidized before being blended with ginseng in a traditional Taiwanese manner, which, I am reliably informed, results in a tea somewhat different from other ginseng Oolongs produced on the Chinese mainland in terms of appearance and flavour.

I first became aware of ginseng flavoured Oolongs quite early on in my tea drinking career. A billion years ago I was watching a YouTube video of someone’s experience in a tourist-trap tea house in Beijing, and as part of their tour they were given a ginseng Oolong to try. I remember making a mental note to try that tea at some unspecified point in the future, and finally got around to it when putting together the order that contained that other flavoured Oolong.

The first thing you notice when getting to grips with the dried leaves is that powerful, pungent, earthy-but-strangely-sweet ginseng aroma.

This is a tightly packed ball Oolong, so I gave it a slightly longer initial infusion to kick start the opening up of the leaves. After that first steeping the balls had more or less fully unfurled, so for the second round onwards I dropped back to shorter infusion times.

Given the powerful aroma that came off the dried leaf I was slightly concerned that the Oolong’s own flavour profile would be drowned out by the ginseng, but happily that was not the case.

The Oolong’s “roastiness” shone through, and was nicely complimented by the ginseng, giving a kind of earthy, sweet and sour combo. 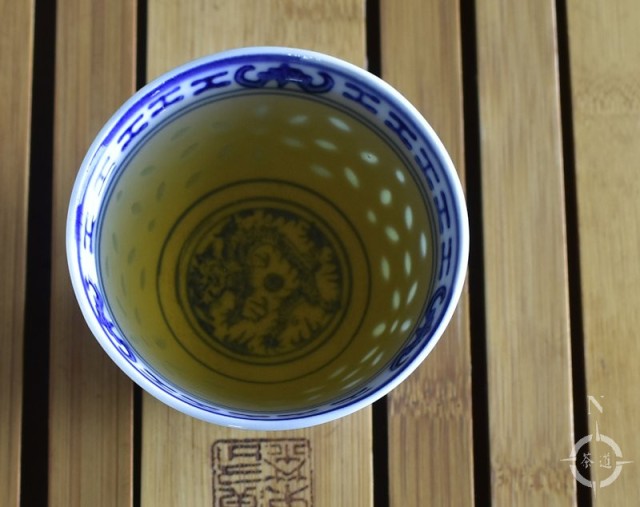 A nice, brown sugar, honey-like aroma remained on the inside of the empty cup, but most interesting of all was the aftertaste.

It was as though it was composed of two component parts. In the front of the mouth and on the tip of the tongue a vanilla like sweetness lingered, but towards the back of the roof of the mouth and down into the throat I got a very strong feeling of “menthol” – a cooling, minty sensation.

There was a nice milky body here, too, which together with that vanilla aftertaste gave the strange feeling of having drunk melted ice-cream.

Once fully opened up those leaves looked as though they’d give a nice long session, and so they did, being good for 10 solid rounds before tailing off.

Based on what I’ve read, there seems to be a certain similarity between ginseng Oolong and Jasmine flavoured green teas. Both teas kind of suffer from an image problem based on bad experiences with cheap but not quite cheerful versions, but there’s a kind of almost perverse pleasure to be had in tracking down a good, traditionally prepared example of the type, and that analogy definitely fits the bill here. It’s like having baked beans prepared from scratch by a Michelin starred chef.

My tea pendulum seems to be swinging back towards sheng pu-erh at this point in time, but I think I’ll still pull these leaves out once in a while when I want something different but still familiar, if you see what I mean. 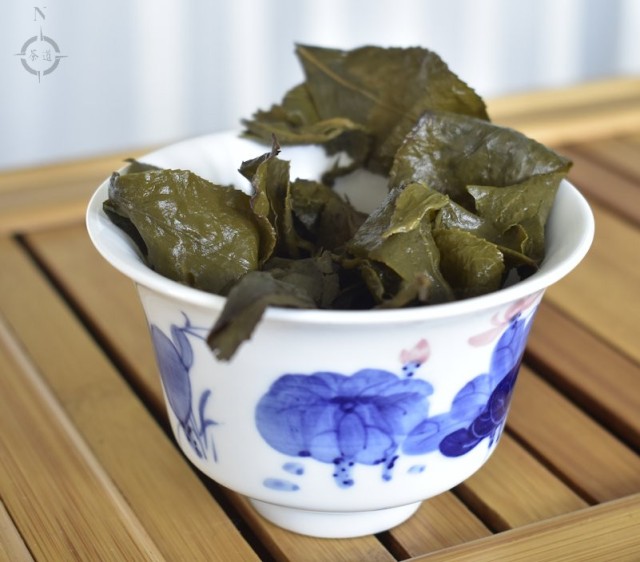 So, all in all I’m glad I bothered to finally sample a ginseng jacked Oolong so long after the style popped up on my tea radar all those years ago.

Well worth it. Nice.