Posted on October 28, 2018 by northernteaist

Bai Mu Dan has been my early morning weapon of choice for some time now.

It fits in well with my routine at that time of the day, acting as a gentle wake-me-up elixir for the system in general and the palate in particular.

I had to give up pre-noon sheng sessions, at least on weekdays, anyway. Cavorting with the Pu beast at silly O’clock and the resultant space cadet glow is indeed a wonderful thing, but not when you have chores to do.

Usually I source these ante meridiem leaves from one of the local teashops. They’re nothing fancy, but they certainly get the job done.

When I was putting together a recent order over at House of Tea, however, I couldn’t help but notice a certain something going by the name of Bai Mu Dan King. As so often happens my curiosity got the better of me, and into the cart it went.

This particular batch of leaves hail from the North of Fujian province, and were harvested in the spring of 2017.

Bai Mu Dan is a tea that takes up a disconcerting amount of space for its weight, and when sat in a pot waiting for hot water that 7 grams’ worth looked about double that.

I’ve never really enjoyed gong-fuing Bai Mu Dan. Every one I’ve ever had, this one included, has had a really scruffy character. You spend too much time scraping detritus out of the tea strainer for my liking, so I tend to fall back on a Western style approach.

Here I broadly follow House of Tea’s steeping recommendations, except that I like to go slightly heavier and hotter regarding leaf/water ratios and water temperatures with Bai Mu Dan.

There was a lot going on in the background during this session. First of all I was somewhat under the weather, and looking back at my tasting notes I can’t help wondering if my gushing nose had any affect on the way these leaves came across. 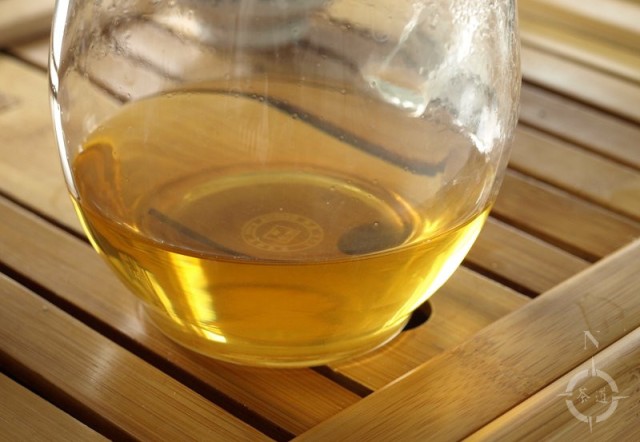 Secondly, I think the water filter in my Brita jug might need changing, and I don’t have a replacement. I carried on regardless, figuring that a semi-functioning filter was better than unfiltered tapwater. Still, you start wondering about the quality of the water going into the kettle, and whether or not it will have a detrimental impact on the session.

Thirdly my ever present tea companion, Buster the Burmese cat, had his Jerk head on. It’s hard to concentrate on tea technique when you’re being constantly meowed at and head butted. The little fool even came close to knocking over my tea table.

To cap it all off my tea-water Thermos appeared to be leaking from where the lid fits into the body. I began to get a bit paranoid, wondering if the water inside was losing heat, and if it was how rapidly that might be happening, and what effect that might be having on the tea making process.

Despite everything, this wasn’t too bad a session! 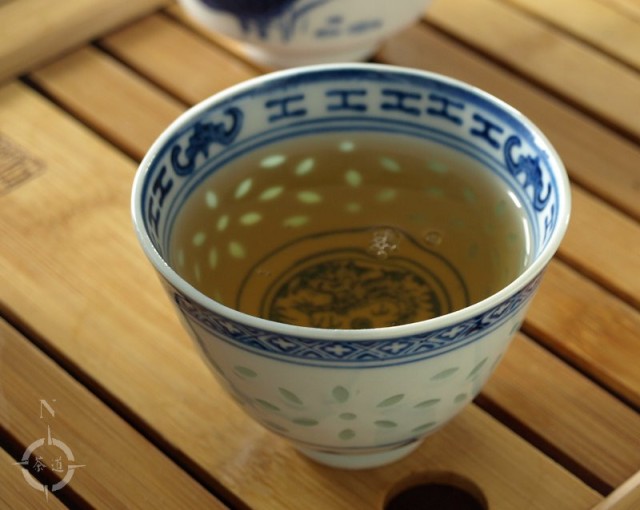 The wet leaves were giving off an intense old hay aroma, and the liquor had a nice sweet pea fragrance, and a taste that was vegetal sweet mixed with a cereal-like sort of thing that reminded me of Weetabix. It was an interesting mix, almost as though someone had blended Silver Needles, Long Jing, and a dash of Yunnan Gold.

There was a surprisingly good body here, too, which by the second round had become a genuine sticky lips job.

The second and third steepings saw the darker leaves in the mix become more assertive, and the tea drift towards being more Hong Cha-esque, with deeper, harder notes coming out.

It’s clear that this is a step up in quality from the average Bai Mu Dan, and I feel that I haven’t yet done it justice. Still, this first session has given me a good base to build on. 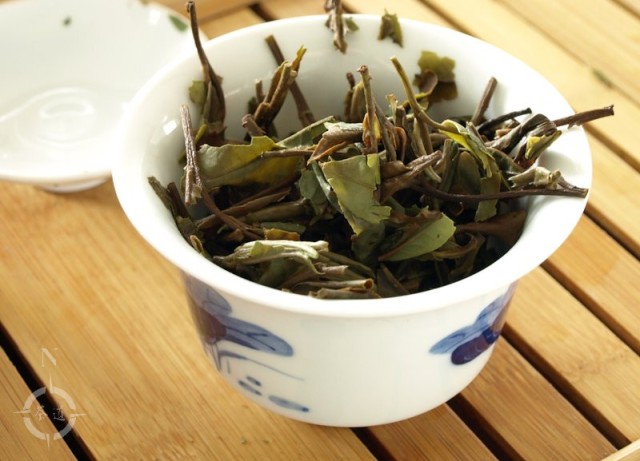 I think I’ll wait until I’ve shaken off this cold, bought some more filters for the Brita, and sorted out the Thermos situation before having another session with this tea. I think it deserves that much, at least.

All that I’d need then would be for that cat of mine to behave for a couple of hours, but I think that might be asking for a little too much…