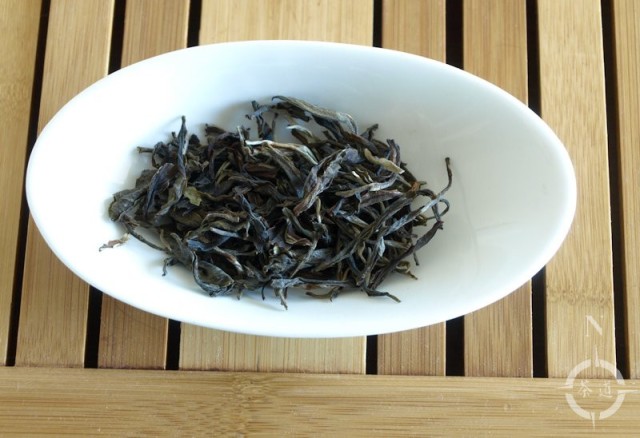 This was the tea I bought at the Mei Leaf teahouse in Camden, London, during our Easter 2018 trip to England.

I more-or-less abided by the infusion suggestions printed on the packaging, with the exceptions being a slightly higher leaf to water ratio, marginally hotter water, and longer infusion times towards the end of the session. Interestingly enough though, in common with those recommendations, I also concluded that the leaves had given their best by the time the 15th infusion had come and gone…

The dry leaf had a subtle, classic sheng aroma of dry mushrooms and old books.

Right from the get-go the soup showed a lovely smooth, oily body. The hui gan was all white grapes, and the soup tasted of new wood and dried mushrooms, and left a peppery fizz on the tip of the tongue. The early steepings also gave off a hint off tobacco, as well as the tiniest trace of smokiness.

The Qi was a slow builder, showing up in force by the time the third infusion rolled around, a dreamy sweaty affair. Qi FM had me thinking of Blondie’s “Fade Away & Radiate“.

After 8 rounds of lazy sipping the sheng munchies attacked, and so lunch was declared. After a salad and leftovers interlude, a super quick rinse warmed the leaves back up, and we were off and running again.

As I say above, it was in this later part of the session that I found that I had to stretch the infusion times beyond Mei Leif’s +3 seconds for each new steeping in order to keep the leaves delivering, but they did so right up until the 15th round.

Mei Leaf have, unfortunately, become embroiled in a couple of controversies. The longest running one concerns the age of the trees that provide the raw material for some of their teas.

The other, more recent argument, relates to the design of some stickers.

Personally speaking, I don’t want to add fuel to the fire. If you really want to see what all the fuss was about, search the discussion forums at Steepster or the r/tea sub-reddit, and make your own mind up.

I’ll just say this – I really enjoyed my visit to their teahouse, and I really like this tea. Further Affiant Sayeth Naught.