A Visit To Mei Leaf 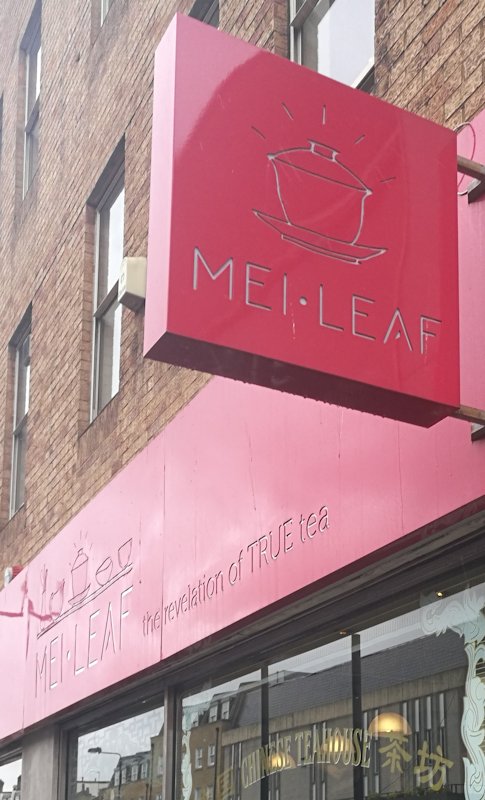 Over the Easter period we made a trip to Britain, and during the time we stayed in London I had one real “must” on my “things that I wouldn’t mind doing” list, namely a trip out to Camden, to visit Mei Leaf.

Mei Leaf is the tea house of the one-and-only Don Mei, well known in the tea community for his entertaining and informative YouTube channel. When I first drifted into the gong-fu arena Don’s videos were a tremendous help, and I was eagerly anticipating a visit to the real world, bricks and mortar establishment behind the media presence.

Mrs. Teaist, although not quite as obsessive about the blessed leaf as I am, is nevertheless quite fond of a cup or two of the good stuff, and was easily persuaded into accompanying me. Teaist junior, however, isn’t, and wasn’t, deciding to explore the other delights Camden High Street had to offer.

It was a blustery, rainy day, and by the time we’d trudged from Camden tube station to the shop, we were somewhat damp and bedraggled, and sorely in need of a refreshing brew.

We opted for an £11.50 priced gong-fu session based around “Duck Sh*t” Oolong (click here to see the teahouse menu). The kit we got to play with was Mei Leaf’s popular “Gong-fu Guru” set, which it has to be said performed perfectly. We spent a very pleasant hour and a half or so infusing and sipping through many rounds. In the end I was too blissed out to even attempt to keep count – if I had to guess then I reckon we got about 10 or so infusions out of those leaves, well into our second Thermos of hot water, in any case.

A nice touch was the included information sheet, which as well as giving brewing hints, also detailed all the relevant information concerning the leaves in the pot, such as elevation, season, pluck, and so on.

The tea itself was, as expected, simply delicious – lychee sweet, with a smooth, silky, buttery body, and a delightful floral fragrance. 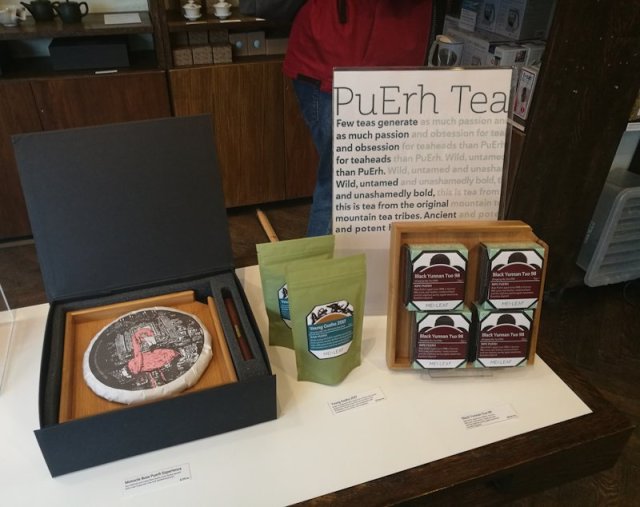 The tea drinking area, with it’s piped 20s/30s jazz, had a really cool, laid back, mellow vibe to it, and although we were first in, it soon filled up with other dedicated tea-heads, quietly reading or working on laptops while they sipped away. I was somewhat surprised, however, to note that we were the only ones gong-fuing, everyone else steeping Western style.

After we had finished our tea, I browsed the shop section. Bearing in mind limitations in budget and free baggage space, I managed to limit my purchases to a buffalo tea-pet, a tea-towel, and a 35 gram packet of the house 2017 Young Gushu (review to follow). 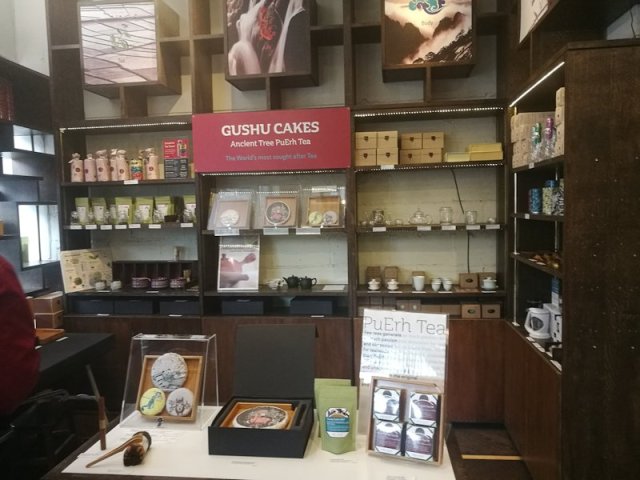 I’d been hoping to visit this tea house one day ever since I first watched Don’s videos, both to drink and buy tea, and I’m happy to say they didn’t disappoint! Mei Leaf really should be on the agenda for any serious teahead when in London.

3 Responses to A Visit To Mei Leaf