Posted on July 3, 2019 by northernteaist

The flat tones of the light filtering through the curtains told me as I lay in bed that it was overcast. I sat up, pulled back the curtain, and looked out of the window.

As I expected, light grey clouds hid the sun. Nothing that could threaten to drive my early morning session from its rightful place on the cliff and indoors, in any case.

Looking out to sea, however, I could see much darker stuff heading in from the West, the kind of stuff that held millions of gallons of water aloft.

I guessed I had less than an hour before it started raining, so I quickly assembled my kit out on the cliff and got the water on to boil.

After 5 minutes or so I noticed that the wind had gotten a little stronger. The tops of the pines were really starting to dance. Even the usually rock solid oaks and beeches were beginning to boogie.

Was it my imagination, I wondered, or was my water taking longer than normal to heat up? It felt as though the temperature had suddenly dropped by 10 degrees.

I looked skyward. Blimey, those clouds were getting closer a lot quicker than expected.

“Boil, please”, I urged the Trangia. “Now would be good”.

Finally, the water came up to temperature, and I rapidly got my morning brew on.

After a three minute steeping time that seemed like a hundred and three, my tea was ready. I poured out a cup, determined to beat the rain by at least having one triumphant sip before having to retreat to the safety of the veranda. No sooner had the liquor touched my lips than the first raindrops hit my head. Good enough for me – a moral victory. Teaist 1, Weather 0. 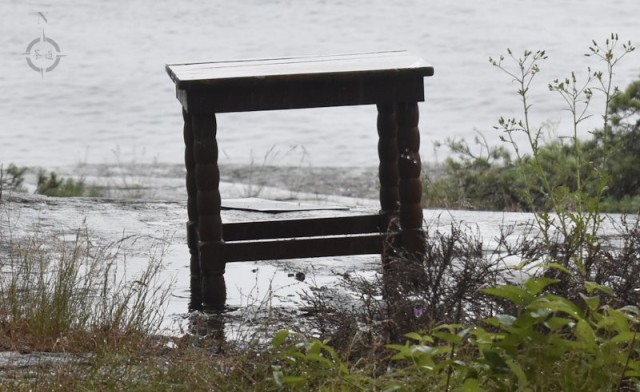 In order to get everything back inside I had to make two trips between cliff and veranda, and by the time I was completing the second it was really coming down. Typical Baltic weather, from light spitting to torrential downpour in seconds.

It was cosy to sit there snug and dry, drinking what was now a much needed warming beverage, as dense sheets of cold water lashed the windows, and puddles formed on the cliffs outside. 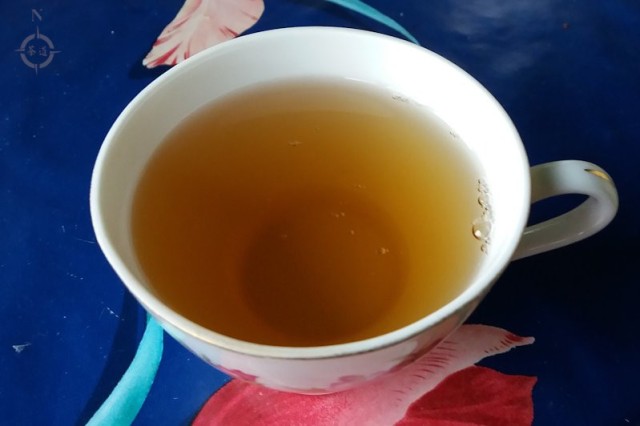 When even the cormorants and ducks look miserable, it’s probably best to take your tea indoors.

This entry was posted in tea diary and tagged tea on holiday, tea outdoors. Bookmark the permalink.