Another order with House of Tea, another free sample to play with.

The order itself was nothing special, one of those regular reinforcements to the “daily drinker” side of the stash – 70 grams’ worth of their nice Bai Mu Dan, as well as a 100 gram cake of their in-house production 2019 Lincang Old Tree Sheng.

My order arrived the very next day, and as they tend to do House of Tea included a free, 3 gram sample.

I think that by now House of Tea might have worked out that I have a particular weakness for Taiwanese black teas – the sample was another new-to-me example of the type.

House of Tea’s notes tell us that the raw material hails from Zhushan ( 竹山 – “Bamboo Mountain” ), Nantou county, Taiwan, and is of the Ying Xian TTES 20 cultivar. The leaves were grown at an elevation of 400 meters by a farmer named Chen.

I broadly followed the included steeping advice, except for dropping water temperature down a tad from boiling, and inadvertently making the second round 30 seconds shorter than planned. 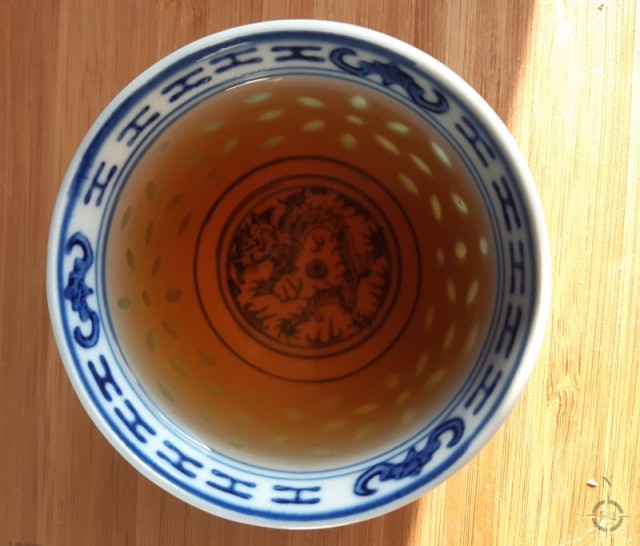 The first infusion produced a very interesting liquor, which was paradoxically both reminiscent of yet also quite unlike teas made with the Red Jade cultivar. There was something there similar to a Red Jade’s lychee thing, but with a twist all of its own, something sweetly herbaceous, minty almost.

The liquor also had a very luscious body, a real lip-sticker.

The second round should have been a 1½ minute job, but I forgot to add the extra 30 seconds to the timer, and so performed another 1 minute steeping. Interestingly enough, this had little to no detrimental effect on the quality of the liquor.

The third infusion was clearly the end point to the session, but that small sample had certainly shown a great deal of potential. I couldn’t help but think that 6 or 7 grams’ worth in a suitable gong-fu vessel would yield interesting results. Amongst other things, it would be cool to explore that minty, herby thing a little more. 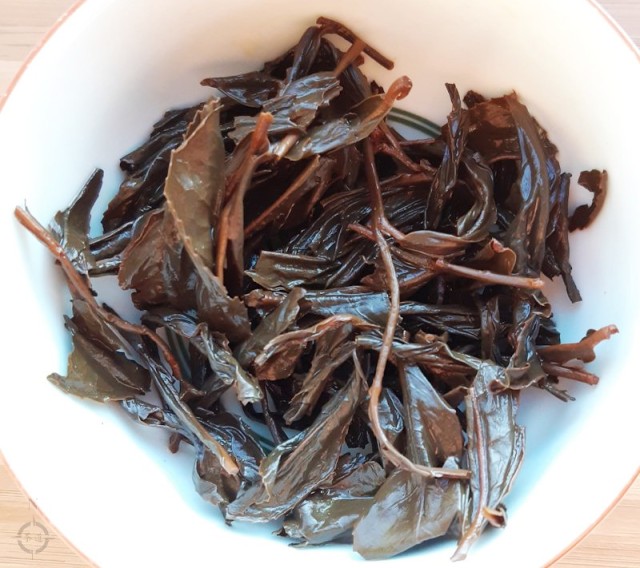 Look, if you’ve been reading this blog for a while now you’ve probably already clocked onto the fact that when it comes to Taiwanese black teas, well, I’m an easy mark.

I’ll probably end up buying a full cargo of these leaves, it’s just a question of when. Sometime in the Autumn, probably.