Steeper At The Gates Of Dawn

Posted on July 1, 2020 by northernteaist 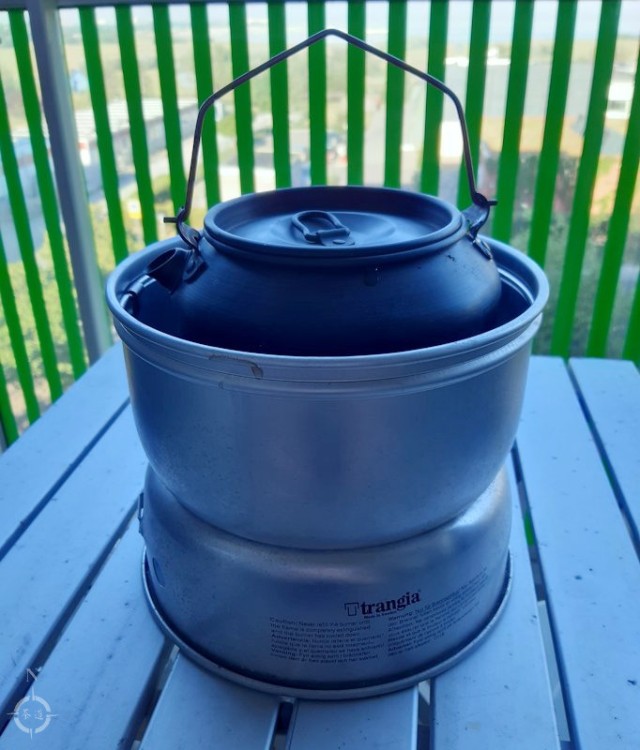 Or, “Ode To Some Beautiful Leaves I Infused On My Balcony One Midsummer Morning”

It was one of those mornings that you only get close to the June Solstice, when it feels as though the whole world is waiting for something magical to happen, and that it’s of vital importance for you to just be there, and bear witness to something as old as the sea and the sky, but still as fresh and new as the dawn itself.

The funny thing about early mornings in Scandinavia at this time of the year is that when you first wake up it can be really hard to figure out what time you’re on if you don’t have a bedside timepiece.

I could see bright sunlight behind the bedroom window blind, so it could have been any time after 4:15-ish, really. Not that it mattered – I was wide awake, and more importantly so was my ravenous cat. I made my way to the kitchen. 4:38 am. Good guess…

After giving my furry overlord his breakfast, I opened the balcony door, and stepped out to greet the day.

The world seemed to have been painted in perfect, bright, simple, colours, mainly flawless blues and blemish free greens.

All my ears could pick up was an empty cathedral like silence. The birds and rabbits perched and sat around, as still and quiet as figurines, as though they were waiting for some celestial “…aaaaand action!” cue.

As I stood there, I instantly knew how I wanted to start my day. I wanted tea, and I wanted to make it here, on the balcony.

The day before I’d received a package in the post containing a beeng of sheng, and tucked underneath the cake was a small baggie containing a free 3 gram sample of Shan Lin Shi Hong Cha, my absolute favourite tea of 2019. Such a great tea on such a great morning felt like a marriage made in heaven, earth, and all points in-between.

It didn’t feel right to even contemplate heating up water for these leaves indoors on such a day, so there was only one thing to do.

I quickly set up my trusty Trangia alcohol stove on our small, foldable, balcony table, along with a pot, a cup, and an Ikea cream jug, which would be playing the part of a gong dao bei.

I filled up my camping kettle, and lit the stove. It bloomed with a pop! a minute or so later, and I dropped the kettle into place above the flame.

As I waited for the water to boil I sat back and admired the view, an ever changing better-than-anything-on-tv vista, one I never tire of. Slowly the rest of the world began to catch up with my early start. Down near the beach the first dog-walker of the day tried to gain some measure of control over an excited Labrador. The rabbits living in the grounds of the kindergarten over the road, who had been sunning themselves in the car park, scuttled for cover as the teaching staff arrived on site to open up. A lone seagull circled aimlessly, emitting the occasional lonely sounding chirp, and the first bus arrived, shuttling in shop and office workers.

Our balcony faces West, and so is in shade during the early part of the day, and despite the bright sunshine it was cool, almost chilly, and I cupped my hands around the top of the kettle, hoping to grab hold of any stray warmth.

After ten minutes the first signs of steam began to show from the kettle’s spout, and two minutes later I had a full-on, rolling boil. I removed the kettle from the stove with my right hand, and tossed the simmer ring over the open flame with my left, extinguishing it.

One hundred and twenty seconds later I decanted the liquor into the serving jug, and from there filled my cup.

Before the first taste of any session there’s that slight pause, when you can appreciate the colour and aroma of the liquor, but there and then I fell into the gaps between my own thoughts, and for what seemed like an age all I knew was crimson curtained flower gardens. I dragged myself back to the here and now, and took a sip. Nectar. Ambrosia. Bliss in a cup.

A reversing garbage truck can disintegrate even the most meditative of moments.

Everyday hustle and bustle started to encroach into my peaceful little bubble, and my tea was nearly cold.

I drained the last cupful, and then took it, the pot, and the serving jug back into the kitchen, closing the balcony door behind me…

1 Response to Steeper At The Gates Of Dawn