Posted on September 30, 2019 by northernteaist 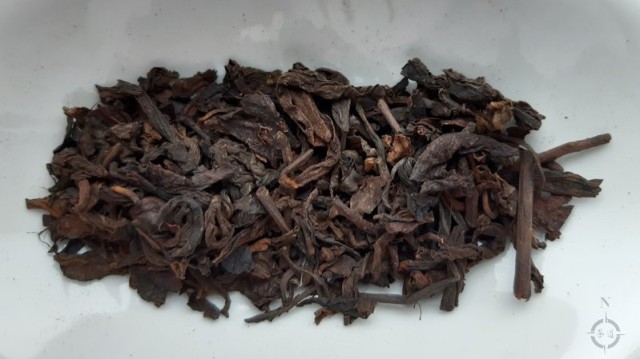 Simply Tea’s notes inform us that the raw material comes from wild tea trees in Xishuangbanna that grow between 1500 – 2200 metres altitude.

The leaves were hand plucked between April and June, and after initial processing underwent wo dui wet piling for “at least 60 days“, before being put into storage for “several years“.

The leaf grade is described as “3 – 4“, so slightly towards the smaller side of medium sized. Remember, grade indicates size, not quality, with 1 being smaller, finer leaves than 10 on the scale.

The dry leaf had a standard shou aroma right out of central casting, and post rinse I picked up fresh clean paper and a hard to pin down something lurking in the background.

The first infusion brought forth a strong note of camphor, as well as a muted, complementary side-order of dried red berries.

The aroma left inside the cup was, interestingly enough, quite reminiscent of the traces left by a Wuyi Oolong, a warm, mineral like almost honey-esque sweetness.

This was, it has to be said, a rather scruffy tea. My tea strainer needed a good rinsing of dust and detritus between steepings, something to be expected from a 14 year old shou. 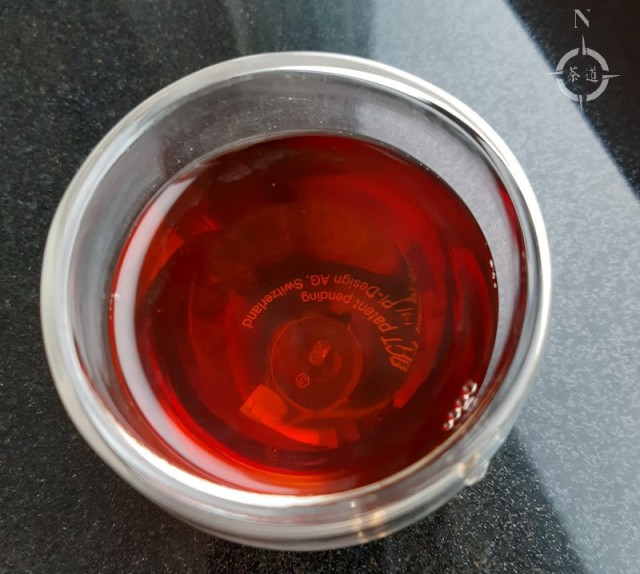 Everything bumped up a notch just one round later. My gums began to tingle, the body morphed into a classic orc blood thickness job with a colour to match, and that earthy sweet fruity thing wrapped itself around my tongue at the back end of each sip.

Most notable of all was the fact that I was starting to feel a good old fashioned Qi bump – it’s not very often that shou presses that particular button. By the third round the soup had ushered in a dreamy, nostalgic vibe, as the external world lolloped past in slow motion.

By the halfway point of the session the camphor note was dominating, albeit with the help of a peppery, spicy side-kick that made the inside of my mouth pop and fizz like that classic 70s novelty candy Space Dust.

The leaf grade suggested a slightly longer session, and this was indeed the case. Ten steepings was roughly where I’d imagined the session would run out of steam, but I was still more than happy with the amount of soup I’d coaxed out of the leaves.

Simply Tea’s notes suggest that they see this tea as a daily drinker, albeit one towards the top end of that niche quality wise, an assessment that I think is just about spot on. Once the novelty factor of Autumnal weather has worn off, and we have to begin to hunker down and prepare for winter, I can certainly see these leaves being a real tonic on a damp and dark late afternoon.

This entry was posted in review and tagged shou Pu-erh. Bookmark the permalink.