Posted on September 12, 2018 by northernteaist 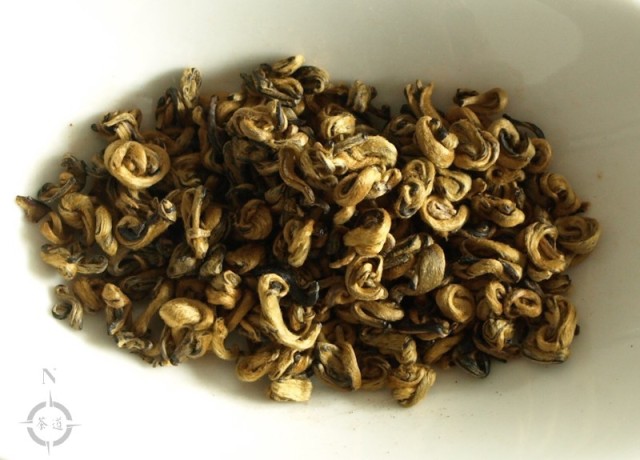 This is chapter 3 of the ongoing saga of my recent What-cha order.

To quote Alistair of What-cha this tea is “…made entirely from tender young buds and expertly processed by hand to form the buds into ‘snails’.”

The raw material has its origins in Simao District, Pu-erh Prefecture, Yunnan Province, and is a spring 2018 production.

It has to be said, these are very pretty leaves.

The leaves were very clean looking, and so I opted not to perform a rinse. Following Alistair’s brewing advice I went with water at 90°C, and to really get those snails unfurling I went with an initial 10 second long infusion.

The freshly steeped leaves smelled of hothouse flowers, and the liquor was super sweet and nutty, almost like toffee flavoured popcorn.

The second infusion revealed a slick, creamy body, which might be considered to be a bit unusual for a tea comprised of buds, which tend to be a bit on the light side.

The third steeping saw the sweetness dialled back a notch, allowing dark chocolate and malty notes to poke through.

Mid way through the session I started to pick up a little astringent tickle, but just enough to give this tea a deliciously moreish and refreshing quality.

By the time the 7th infusion had arrived, the liquor was starting to lose both its depth of colour and taste potency, so I decided to ramp up the subsequent infusion times accordingly. That coaxed three more rounds out of the leaves, but by then they’d given all they had, and it was time to call a halt to the session. Ten solid infusions, not bad at all. 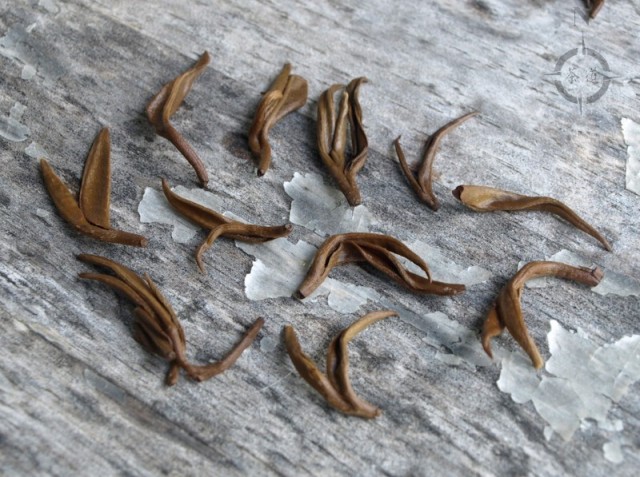 There was more enjoyment to be gleaned from those buds, though. They were still handsome wee devils even after they were all steeped out, and I spent a good ten minutes or so going through them. It’s at times like this that you can get a better understanding as to what’s gone on between tree and pot, and in this case it was plain to see that you were dealing with a tea that has been truly picked and shaped by skilled hands that really knew what they were doing.

In conclusion, then, this is a beautifully made tea that’s as easy on the palate as it is on the eye. Good stuff. Recommended.