Posted on June 6, 2018 by northernteaist

…or “The Perils Of Charity Shop Teaware Purchasing.”

Teaist Junior and myself were out and about running errands, and we ended up at a large out of town shopping mall. At one point Junior went off to meet up with an old friend for coffee, so to kill a half hour or so I took a stroll to the Salvation Army (Myrorna) charity shop.

A decorated lidded mug stood out from the coffee sets, old beer glasses, and soup tureens that usually dominate the shelves there. This store has a truly gear-grinding habit of securely sellotaping down lids, so you can never inspect the interior of anything without considerable effort, and even then you run the risk of annoying the staff.

Some unknown inquisitive person had beaten me to that particular punch, however, because even though a tatty ribbon of the sticky stuff was still attached to the lid, it was not clamped down, and so I was able to take a peek inside.

To my delight I saw that the mug sported a curved, perforated partition, the purpose of which was obviously to keep tea leaves contained and corralled when drinking the finished beverage. In other words, a purpose-designed vessel for Grandpa-style tea consumption.

At a mere 25 Swedish Crowns it was a steal, so off to the checkout I trotted to flash the plastic.

Back home I gave my new mug a good wash, and while it sat on the draining board I dug out a pinch of Da Hong Pao to christen it with. Once my tea water had come to the boil, I gave it a quick rinse to warm it up, dropped the leaf in, and slowly started filli…

I decided to press on. Determined fool that I am, I was prepared to risk serious injury in order to get at least one session out of the damned thing. Leaves had met water, after all. Nice leaves. I didn’t want to faff about transferring them to another infusion vessel, but I didn’t want to waste them either.

So there I sat, nervously sipping and occasionally topping up the water level from a handy Thermos, expecting the worst at any second. Cooling poultices and bandages, maybe even an ambulance. It has to be said, though – the thought that the next infusion might end in physical harm does add a certain je ne sais quoi to a session.

Just when I was beginning to think the flavour in the ticking time-bomb of a mug was starting to decline a tad, as if in agreement it gave off yet another loud noise, indicating that its time as a watertight object was coming to a close.

Discretion truly is the better part of valour, especially when it comes to dodging the possibility of second degree burns. 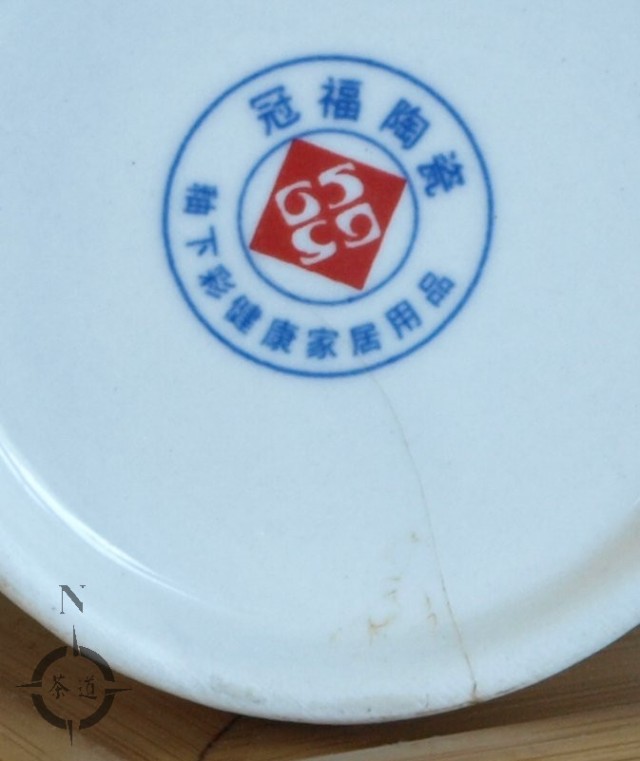 Ah well. Some you win, some you lose.

Still, that lid might just come in handy for something…

This entry was posted in tea diary, teaware and tagged Myrorna, teaware. Bookmark the permalink.