Put Some Pearls In Your Pot

Posted on January 28, 2016 by northernteaist 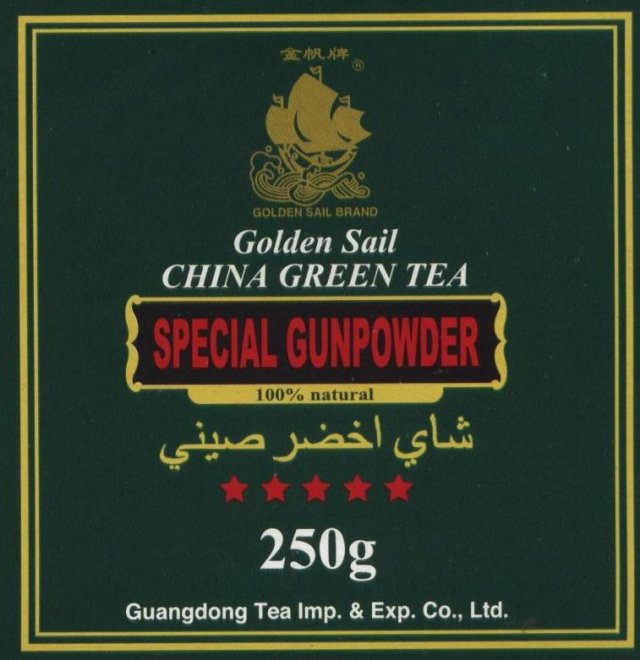 It’s said that green gunpowder tea got its English name due to the fact that it resembled the explosive charge of the same name, both being small, round, darkly coloured pellets.

The Chinese name for this type of tea is zhū chá, meaning “bead” or “pearl” tea, again, due to the shape of the prepared leaf. It’s generally the case that a smaller pellet equates to a better quality of tea.

This is my usual, everyday green gunpowder tea, sold under the “Golden Sail” brand-name. At the time of writing I paid 24 Swedish Crowns for the 250g packet at one of the Chinese supermarkets here in town.

As you might expect, the dried tea leaf is composed of small, tightly rolled pellets.

This is a tea that is just as much at home steeped Western style in a larger pot as it is Asian style in a gaiwan.

When steeping this tea Western style I usually use 2½ teaspoons of tea to a 500ml pot, with a water temperature of 85°C. It’s usually good for 2 infusions when prepared in this manner – one of 2 minutes, and a second one at 3 minutes.

When using a gaiwan the tea/water ratio is upped to approximately 6 grams to the 150ml capacity of the gaiwan. I then typically start off with a 10 second steeping, adding 5 seconds to subsequent ones, up to a limit of 5 or 6 infusions. I personally don’t rinse this tea.

The finished tea has a pleasant grassy aroma and taste, with dry, hay like characteristics, and a very nice smoky overtone. The tea liquor is a nice golden colour. It’s an excellent thirst quencher, too.

I particularly like to drink it in the early morning. Its fairly mild flavour goes quite well with my usual breakfast of berries, fruit, and boiled eggs.

Look again at the picture of the packet at the top of the page, and you might notice the wording there in Arabic.

A good deal of green gunpowder tea is sold to the middle-east and North Africa, where it forms the basis for many mint tea recipes. 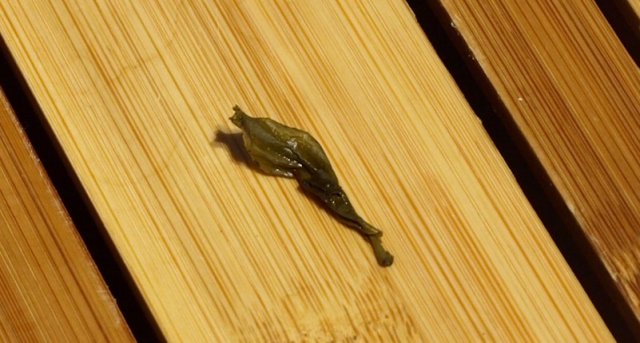 Green gunpowder is seldom if ever placed in the same bracket as other famous Chinese teas, but is still worth getting to know as a good, solid, dependable tea, that you should have very little trouble in finding.

What it lacks in glamour it makes up for in economy and usability – this is a tea that keeps well and will tolerate a less than attentive preparation without sulking and becoming bitter about it, and more importantly won’t prise more than a few pennies out of one’s porte–monnaie whilst doing so.

9 Responses to Put Some Pearls In Your Pot